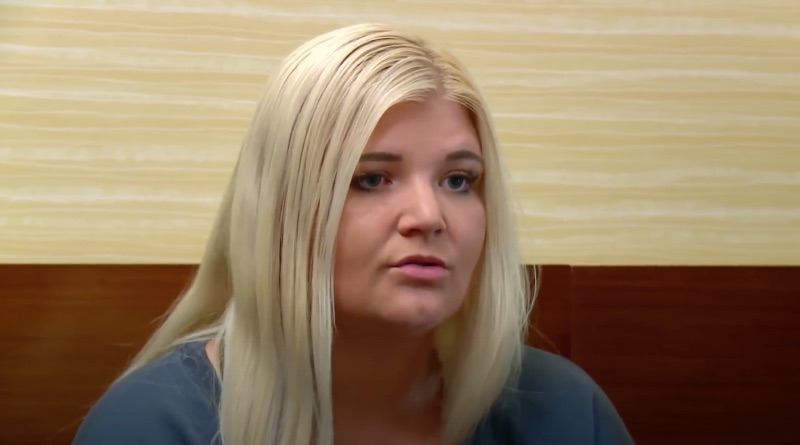 Life After Lockup spoilers reveal Sarah Simmons may still be smitten with Michael Simmons. The WEtv pair have a long and complicated relationship history. And based on the latest clips, it looks like Sarah may still have her eyes on her felon ex.

Life After Lockup: Do Sarah Simmons & Michael Simmons Get Back Together?

Life After Lockup spoilers show Sarah Simmons and Michael Simmons getting friendly in upcoming episodes. In clips, Sarah smiles big while looking at Michael. In addition, Michael says he knows Sarah is still “in love” with him. Meanwhile, even though Sarah technically moved on with Malcolm Woolridge, she certainly looks at Michael like she still wants him.

On top of that, Malcolm is fed up with the way Michael Simmons came into their lives and threw a wrench into their new romance. Malcolm said that he and Sarah Simmons were “on a good path” until Michael came back into the picture. And this time around, it’s Sarah Simmons in the middle of a Life After Lockup love triangle.

Life After Lockup spoilers reveal Destinie Folsom about to face the music in the next episode. Things have been a rollercoaster ride for Destinie and Shawn Osborne on the WEtv spinoff. Shawn proposed on the main franchise. But things seemed to go from bad to worse almost immediately for this duo.

Destinie Folsom bailed on Shawn Osborne on Life After Lockup. She fled to California with his car and his credit card to stay with her sister. And even though she ditched Shawn, he is still on the hook for $50k if she doesn’t show up for her court dates. So a lot is riding on this situation – and Shawn worries that Destinie won’t show up.

What to Expect on Life After Lockup

Recent photos show Life After Lockup star Michael Simmons getting cozy with Maria. And it looks like the pair are back together. Even so, there’s a lot of unfinished business between Sarah Simmons and Michael in the currently-airing season. Even when the estranged couple seems to move on, they always find a way back into each other’s lives. So it’s worth tuning in to see if they close the book for good on their time together.

In addition, spoilers tease wild times ahead for Destinie Folsom and Shawn Osborne. Destinie shows off a ring in spoiler clips – and according to her, she got married. Meanwhile, viewers keeping up with Destinie in real-time know that she and Shawn are no longer together. So how this situation between them plays out is definitely drama worth tuning in for as the rest of the spinoff season unfolds.