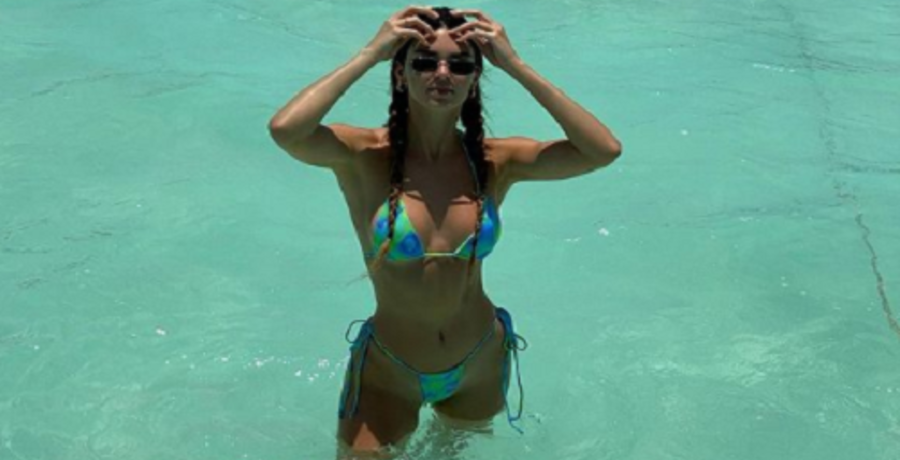 Today, Kendall Jenner celebrated Inauguration Day. The Keeping Up With the Kardashians star posed in her bikini. She stole the spotlight from President Joe Biden and Vice President Kamala Harris.

On that day, the supermodel relaxed by the pool. In the slideshow of photos, she wore an orange cowboy hat with a multi-colored string bikini. Fans are sure glad that Kendall dropped her new bikini photos.

Check them out below.

Kendall Jenner posted the hot new photos on Wednesday. As you can see, it matched decor in her colorful villa. In her caption, she called it “a new day” and “a good day.” She referred to the Inauguration in D.C. Even her friends agreed with her.

Additionally, Stassie Karanikolao and Victoria Villarroel are on the trip with her sister Kylie. The squad managed to travel amid the increase in coronavirus cases. Apparently, the backlash over their incessant traveling has since died down. However, it’s hard to tell what these folks need a vacation from.

Some critics don’t understand why they take so many vacations. As a result, it may not flatten the curve. California residents are told to stay home. But the Kardashian-Jenner clan continue to find a loop hole to travel.

Khloe Kardashian wrote, “Verified You are paradise! No matter where you go paradise follows.” Momager Kris Jenner chimed in and said, “Cute hat!!!!!”

Kendall shared another bikini photo on her Instagram Stories. She even posted some shots of their vacation home. In addition, Kendall reposted some photos from her sister, Kylie Jenner. She also shared a photo of herself watching the sunset in an all-white ensemble.

Previously, Kendall Jenner appeared in a pantless shot. The 25-year-old was featured in a throwback photo on the Kendall + Kylie Instagram account. On Thursday, January 14, the black-and-white photo showed the model crouching down in the bushes while wearing a little black number. She completed the look with black pantyhose and long flowing hair styled in waves.

Of course, Kendall also showed off her signature model smolder. The post tagged Kardashian photographer and close friend Sasha Samsonova. Even though the Kendall + Kylie Instagram account only has 5 million followers, Kendall’s personal Instagram page has over 143 million followers and counting. She’s catching up to her little sister, who has almost 200 million followers.

She became the highest-paid supermodel and highest-paid influencer of 2019. Kendall earned $15.9 million alone from the social media platform. As she continues to work with high-fashion brands, Kendall proves that she’s still in demand. Recently, she appeared in a recent ad campaign for Versace handbags.

What are your thoughts on Kendall’s new bikini photos? Sound off below.