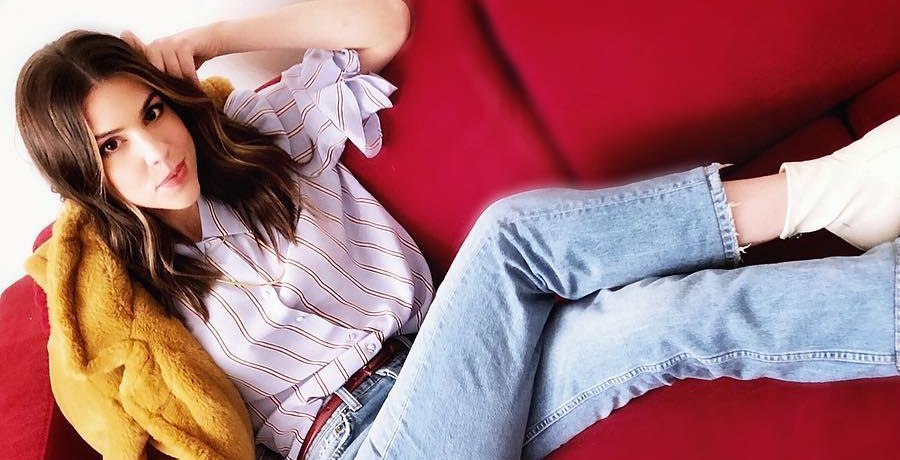 Days of Our Lives Emmy award-winning actress Kate Mansi soon returns to television. Best known for her portrayal of Abigail Deveraux, she’s also made her mark in Lifetime movies. Of course, DOOL fans are excited for her return to their television sets. Continue reading to see when and where you can catch the talented Kate Mansi next.

Days of Our Lives: Kate Mansi Announces Her Return – Is She Back At The NBC Soap?

Days of our Lives fans are happy to learn that Kate Mansi will be back on a television series soon. Sadly her return will not be to the show that made her famous and earned her a Daytime Emmy. Mansi was last seen on DOOL last May but wrapped filming that run in November 2019. She wanted to devote her time to planning her wedding. Sadly the actress postponed her nuptials due to the Covid-19 pandemic.

So the Days of Our Lives alum was available when this exciting project came her way. In a cryptic social media post, Kate revealed she’ll be portraying a character named Hunter. She captioned her post with, “Hunter. Coming soon. She’s a real joy.”

Fans of Days of Our Lives wanted more information about the character  Hunter Kate Mansi mentioned. However, the fan-favorite was closed-lipped. She couldn’t say much more other than it was a new series. Although  Soaps She Knows did a little digging around and learned a bit more than the actress divulged.

Days of Our Lives vet Kate Mansi’s IMDb page lists her part as Hunter Clarkman in Casa Grande. The series is a political thriller. Casa Grande is only a five-episode run. The show’s c0-creator is Lauren Swickard (wife of General Hospital actor Josh Swickard who plays Harrison Chase).

Casa Grande centers around several Northern California farm families as they deal with hate and violence stemming from fear. Kate’s character is certainly not the sweet innocent girl next door type from the looks of things.

The series filmed last November. So it’s just a few short months till it airs. Most likely, the series will stream on Netflix like other projects of its creative team.

Days of Our Lives fans were not happy when Kate Mansi announced her most recent departure from the daytime soap. It was well known Kate’s return was a brief one. However, fans love her portrayal of  Abigail Deveraux and her chemistry with Billy Flynn, who plays her on-screen hubby Chad DiMera.

Days of Our Lives tapped Marci Miller (Kate Mansi’s former replacement) to reprise the Abigail Deveraux role once again. Marci’s doing a great job continuing to portray Abby’s story. Although many die-hard DOOL fans would certainly love to see Kate Mansi back in the role on the NBC soap