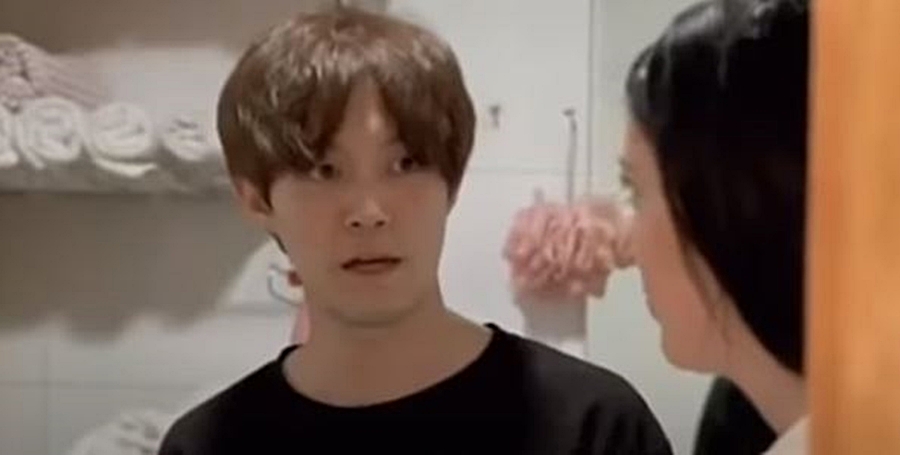 Jihoon Lee fan Amanda Crosby started a fundraiser for him on gofundme and now she encouraged him to enjoy a night out with friends. When he shared a photo of himself he talked about friends and wine. But trolls incorrectly suggested he used the fundraising money to spoil himself. But that’s actually not correct, according to Amanda.

We reported that when Amanda started the gofundme, that money raised goes directly into a lawyer’s trust fund. Running out of time to keep any custody of Taeyang, things became urgent. Deavan Clegg submitted her case. So, if Jihoon didn’t respond, then by default, full custody would go to her. Naturally, the 90 Day Fiance star was beside himself. He’s been working 12 hours a day on two jobs. But while his savings might pay for a flight to the USA, it won’t cover the legal costs.

Obviously, it’s a very worrying time for TLC star Jihoon Lee. He also told fans that he feels very bad about asking for help. Nevertheless, as it means the difference between seeing Taeyang again or not, he feels compelled. He also told fans that if they can’t help, then they could share the gofundme. Plus, fans should note that the genuine appeal was checked out by the security team for gofundme.

Fundraiser Amanda suggested a night out with friends

When Jihoon shared his post about a night out with friends, many trolls accused him of using money from the fund for party-time. Others felt it wrong that he should enjoy time with friends at all. So, Amanda, who runs the fundraiser, spoke up and she’s not happy with all those ugly assumptions. In fact, the idea of the 90 Day Fiance star taking a break for his mental health originated with her.

In the comments in Jihoon Lee’s post, she gave a statement about it. She said.”My team and I encouraged Jihoon to go out and start having some semblance of a normal life.” Then she assured people that Jihoon and his family won’t lose Taeyang from their lives. Talking about his mental health, Amanda added that it’s not right that he should “remain in a pit of despair.”

Fundraiser team supports a just cause

Notably, Amanda told followers: “We are here as back up, a secondary source of help and I can assure you all that we would not be working this hard for someone who could not give 110% in their own cause. If anyone in the world deserves this help, it is the Lee/Park family.”

Other Korean fans noted that usually when friends invite friends out for the night, the people who invite them pay for the evening. If you would like to support Jihoon Lee in his custody case, you can find the gofundme HERE.