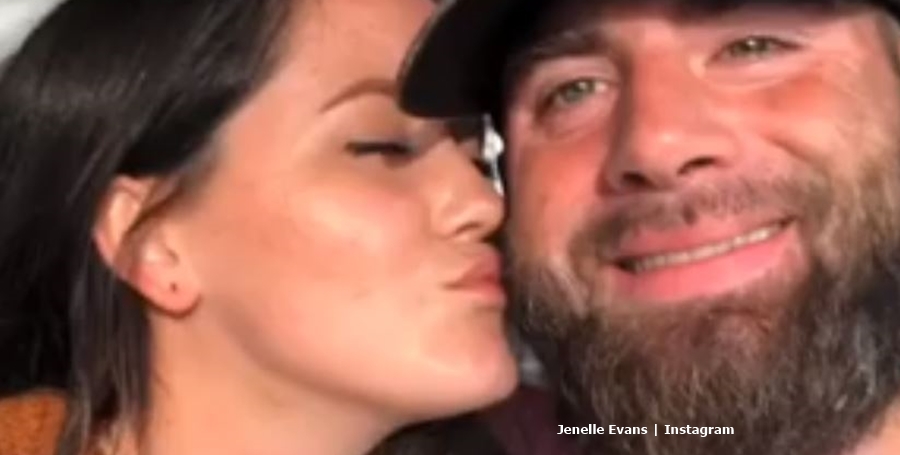 Jenelle Evans and David Eason forever get slammed for having dogs. Now, she’s furious as her dog Rosie ran away. And when the pup returned, fans accused her of replacing it with a look-alike. Of course, Teen Mom fans always expect the worst when it comes to their dogs. After all, David killed their Frenchie Nugget after it snapped at Ensley.

We reported that after Nugget disappeared, David brought in two more dogs. named Junior and Buddy, the Anatolian Shepherds now live with them on The Land. MTV fans seemed upset as they all know what happened to Nugget. In fact, a lot of critics think they should never be allowed to own another pet. Nevertheless, since then, they took in a PitBull that promptly gave birth to pups. And somewhere along the line, they also got Rosie who looks somewhat like a labradoodle.

Recently, Rosie ran away. And, Jenelle felt happy when the dog returned. But critics on Reddit didn’t believe it was the same dog. In fact, they outright accused Jenelle of killing the dog and then replacing it with a lookalike. A lot of them noticed the nose seemed too pink. Plus, they felt the color looked wrong. One of them said that Jenelle Evans and David might replace the dog rather than risk undergoing an investigation After all, they briefly lost custody of the kids after the death of Nugget.

Some fans think Jenelle couldn’t replace the dog, and she slams critics with photos

A few people on the forum site said they didn’t think Jenelle swapped out her dog. After all, it’s not that easy to find Labradoodles at short notice. Plus, others said that when people shave them, they often turn lighter. One fan noticed that the only real difference was the color of the dog’s nose. But, Jenelle proved that sometimes the nose can change color. In self-defense, Jenelle took to her Instagram Stories and slammed those critics.

The Teen Mom alum showed a series of photos and one of them showed David Eason shaving Rosie. Plus, they gave her a good bath as she was filthy. Admittedly, the nose was a different color. But, she did some research and proved that sometimes the nose of dogs goes pink. Jenelle Evans even screenshot the info that described “snow nose.” It turns the nose pink.

Snow nose is not life-threatening

We also checked out the snow nose that made it go pink instead of black. Hillspet.com explains that “Snow nose is a common term for a dog nose that loses pigment and turns from black/brown to pink.” Usually, when warmer weather returns it turns back to the original color. But in some animals, it may remain pink forever. While it’s not clear what causes it, it predominates in winter. But, you need not rush off to the vet. After all, the site says it doesn’t harm the dog at all. So, it looks like critics looking for some conspiracy about Jenelle Evans substituting her dog were wrong.