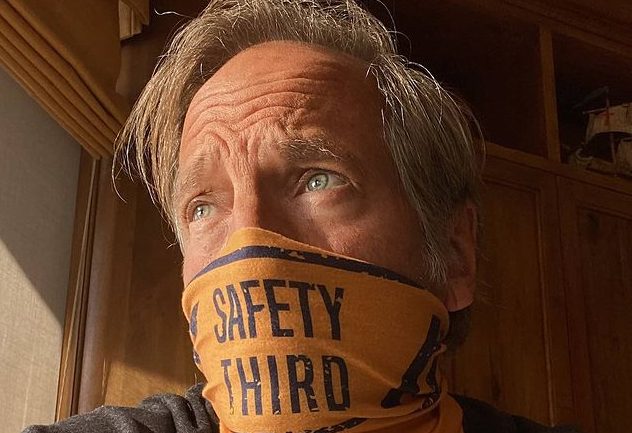 Mike Rowe, best known for hosting Dirty Jobs, is well-loved and recognized as being a caring human being. His ability to connect with people from all walks of life is astounding. Mike has spoken publically to students and inspired them with stories of not only successful but hardworking people. He spoke in a video for PragerU on the importance of the following opportunity.

Over the span of 8 seasons, Mike Rowe traveled the country in search of disgusting and sometimes dangerous jobs. Mike would perform the various jobs of the people he would meet. He worked as a rattlesnake wrangler and also a roadkill collector. He has removed tree stumps as well as made pots out of cow manure. Mike worked hundreds of jobs in the 166 episodes that Dirty Jobs produced.

“Happiness does not come from a job. It comes from knowing what you truly value, and behaving in a way that’s consistent with those beliefs.”
― Mike Rowe

Mike has spent nearly two decades inspiring people to think differently about what success truly is. For generations now, success has been associated with college degrees. There are thousands of college-educated people that can’t find a job with their degree. There are also thousands of jobs available that nobody is trained for.

“We are lending money we don’t have to kids who can’t pay it back to train them for jobs that no longer exist.”
― Mike Rowe

Mike was inspired to create Dirty Jobs by his grandfather who was also a tradesman. He wanted to show people not only the hard work but also the happiness that could come from skilled labor. Proving that success does not have to come from a college degree

In Six Degrees with Mike Rowe, Mike pays tribute to his father who was a history teacher. Mike goes back in time to show how everything in history is connected. He proves that a sheep can help you do your taxes and shows how a volcano saved Eminem’s career. It is a truly interesting series that has just released on Discovery Plus.

Mourning The Loss Of A Friend

Mike Rowe has met many people as well as gained many fans over the years. Unfortunately, Mike recently learned of the passing of one of those special people. In a recent Instagram post, Mike pays tribute to a woman by the name of Diane Murphy who Mike says,

“kept me honest over the years with a level of feedback I never imagined I’d ever value or enjoy as much as I have.”

Mike describes how he and Diane met and the impact she had on him. He concludes the post by also saying,

“I’m glad to have known her, and grateful to have called her a friend. I’ll miss her.”

It is hard to find a more genuine and kind celebrity than Mike Rowe. Not many celebrities take The time to give a heartfelt message about a fan. You can see the full post on Mike’s Instagram page. Be sure to check out Mike’s new show Six Degrees with Mike Rowe and also check back with TV Shows Ace for more news and updates.