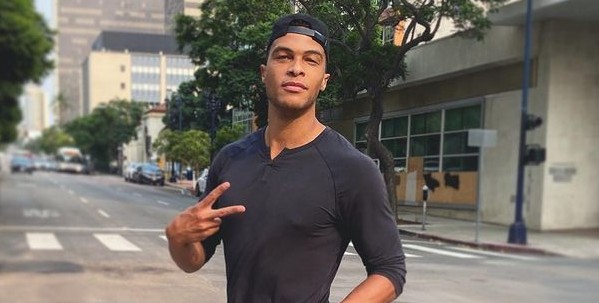 Fans continue to be baffled by what went wrong between Dale Moss and Bachelorette Clare Crawley. Today, news came to light that perhaps one of Dale’s friendships isn’t as platonic as he has said. Sources went to news outlets claiming Dale was cheating on Clare throughout their entire engagement. Other friends close to Dale said the allegations were simply untrue. Now, the woman’s identity has been shared with the world. Reality Steve reached out to her to try and get a response to all the rumors. And, Eleonora responded. Find out below what she had to say.

Eleonora Srugo speaks out about relationship with Dale Moss

Earlier today, Reality Steve tweeted a response he received from Eleonora regarding her relationship with Dale Moss. He simply reached out to her via Instagram and she replied. And, according to her, she and Dale are nothing more than friends. Eleonora said she and Dale had been friends for a few years. She went on to say there has never been any romantic involvement between the two. Eleonora also said she was happy for Clare and Dale. She concluded saying any rumors of romantic involvement between them were “blatant lies.”

At this point, everything seems like a he said, she said sort of situation. Sources in the E! article shared earlier indicate Clare was skeptical of his friendship with Eleonora. Their friendship allegedly caused friction between Clare and Dale.

Friends of Dale say Eleonora was helping Dale find a bigger apartment for him and Clare.

They had a whirlwind romance. However, Clare admits to creeping on Dale’s social media before filming began. So, she already had a bit of infatuation with him even before they officially met. Once they met, Clare was hooked. In less than two weeks Clare wanted to only be with Dale. He proposed and they left the show to begin their life together.

They seemed incredibly happy and in love on social media. They met and spent time with each other’s family. Clare and Dale spent the holidays together as well. Then there seemed to be a lull in social media activity. That’s when the rumors started. Finally, earlier this week, Dale released a statement saying he and Clare were going separate ways.

Clare finally addressed the split today. She admitted to being crushed and also appeared to be blindsided by Dale’s announcement. Later, the rumors would break that Dale was cheating. Please remember these are all simply allegations at this point. Hopefully for Clare’s sake they are false.

Stay tuned for more details as the drama unfolds.