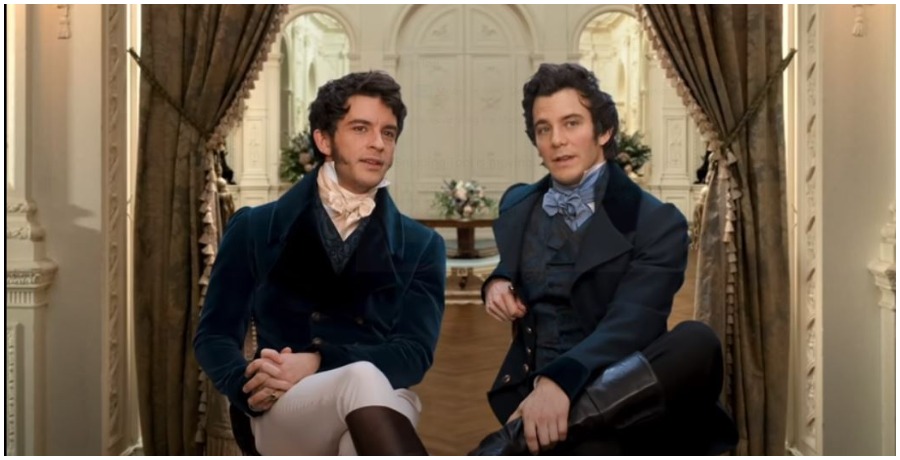 Bridgerton fans can breathe easy. The show has officially been renewed for Season 2 at Netflix. Lady Whistledown and the crew will be back for more drama as the show will take a turn in the storytelling.

According to Deadline, Netflix announced the Season 2 renewal with a special message straight from Lady Whistledown herself.

Bridgerton Season 2 will focus on Anthony

Diehard Bridgerton fans know that the first season was based off of the novel The Duke & I written by Julia Quinn. The second season will fall in line and follow the events of the second book in the series, The Viscount Who Loved Me.

That book centers around Daphne’s older brother, Anthony Bridgerton, as he finally decides to settle down and take a wife. However, this means that Season 1’s beloved couple, Daphne and Simon, will likely be taking a backseat to the plot.

“The incomparable cast of Bridgerton will return to production in the Spring of 2021. This author has been reliably informed that Lord Anthony Bridgerton intends to dominate the social season,” Lady Whistledown’s announcement reads.

The new season will also bring with it new faces. There will be a handful of new characters to get to know, including Anthony’s love interest, Kate Sheffield.

Prepare for another social season. Bridgerton is returning for season two, only on Netflix. pic.twitter.com/yqapEULKz4

“We have a bunch of new characters we are going to be introducing. Anthony is going to have a love interest next season, and I think it’s going to be as sweeping and moving and as beautiful as viewers of the first season have come to expect from the show,” the show’s creator Chris Van Dusen announced on The Today Show.

Season 1 ended with a cliffhanger. It is revealed that fan favorite character, Penelope Featherington, is actually the genius behind Lady Whistledown. Her identity remains a secret to others, for now. However, her best friend, Eloise Bridgerton, is hot on her trail.

The final moments of the show also reveal that Daphne and Simon seem to be living happily ever after. They even welcome a beautiful baby boy. They also jokingly reveal that they’ll use a name starting with the letter A.  This will keep up with Bridgerton family tradition.

Everyone is talking about Season 1

The show debuted on Netflix on Christmas Day and has become a huge hit ever since. Ratings reveal that over 63 million user have cast their eyes on the series within the first four weeks after it premiered.

However, Van Dusen has an answer for why the show has become so popular among fans.

“Bridgerton is this lavish, vibrant, steamy Regency love story; it is about romance, love and joy; I think all of those things are really universal themes people are responding to,” he says.