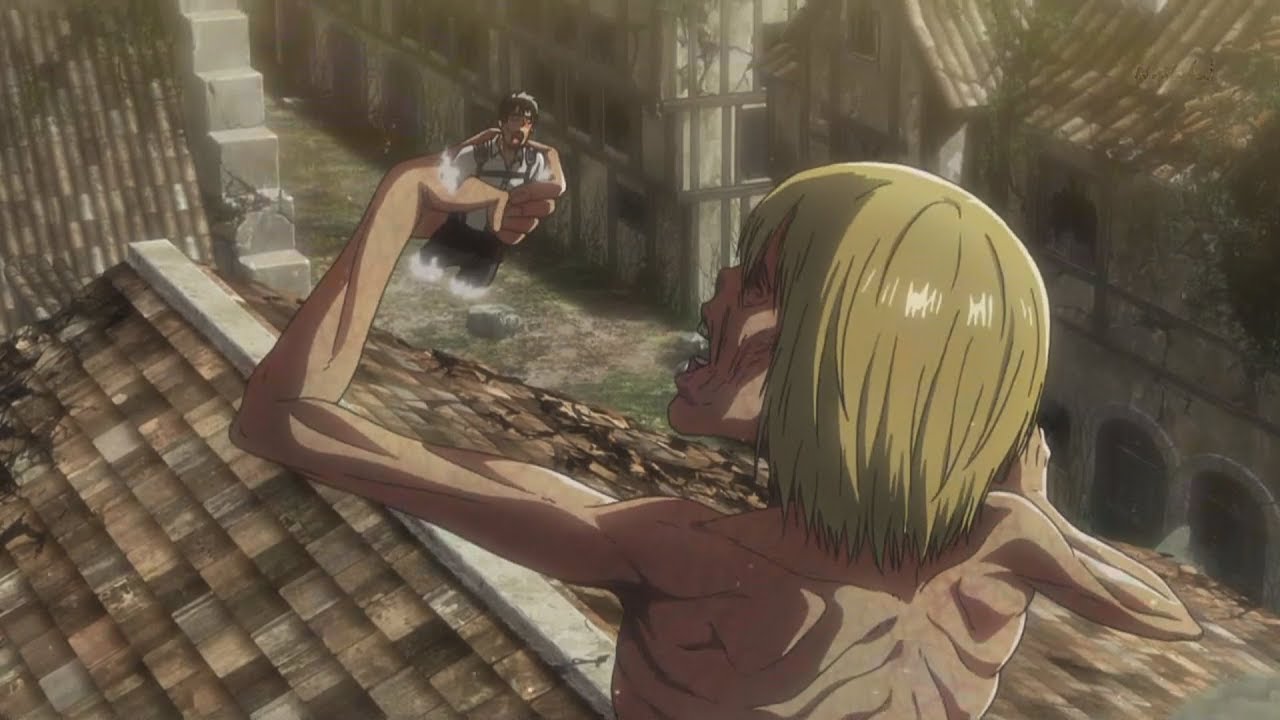 Armin Arlert has been a fan favorite since the very beginning of Attack on Titan. Few knew how big of a character or how key of a role Armin would play in the series. Moreover, fans were devastated when they thought his life was over near the end of Season 3. Now, as we move into Season 4… We wonder what the future will hold for this loveable character. After all, his world recently changed. And, there was is no going back.

Armin Arlert’s pacifism will be tested this season

Josh Grelle, the voice actor of Armin, sat down with Comic Book recently. And, he discussed what the future held for Armin. As well as the rest of the children of Ymir. As those who finished Season 3 know, Armin was dying. He sacrificed himself to give Eren a chance to win. Win against the Colossal Titan. Armin was near death when they turned him into a titan. And, after consuming his former companion Bertholdt, he took over the Colossal Titan power. Fans of Attack on Titan suspect Armin will have a huge role in the final season of the series.

Anyone who has watched Attack on Titan thus far knows Armin is the pacifist of the group. Unfortunately, his aversion to war, violence, and conflict will be challenged as the series draws to a close.

Here’s what Josh Grelle had to say about it. “Definitely the pacifist of the group, I think, as well. More looking towards, ‘How can we progress together and make things better for everybody.’ As opposed to, ‘Okay, what’s our next show of force? What’s our next show of strength? What do we have to do to survive?'”

He continued to explain: “I have a feeling that Armin is probably going to have to have that pacifism, that nature challenged in a big way. It’s going to push him yet again to a place that he’s very uncomfortable and we’re going to have to see what happens. Now, that’s an uncomfortable pacifist with power as well. It’ll be interesting to see how that changes him.”

‘Attack on Titan’: A happy ending for the children of Ymir?

We learned the bittersweet truth of those who take on the power of a titan during Season 3. They were only allowed to live with the power for a handful of years before dying. So, fans may be forced to say goodbye to some of their favorite characters before the series comes to a close. Here’s hoping, however, that the children of Ymir get some sort of happy ending. Moreover, fans can’t wait to Armin take on his titan form. Here’s hoping his pacifism doesn’t cause him to struggle with it too much.

Meet The Season 8 ‘When Calls The Heart’ Cast
‘Mama June: Road To Redemption’ – Is Mama Welcome?
’90 Day Bares All:’ Who Took Colt’s Mom Debbie On A One-Night Stand?
‘The Bachelor’ What Happens To Chris Harrison Now?
‘This Is Us’ Star Mandy Moore & Taylor Goldsmith’s First Baby Is Here!