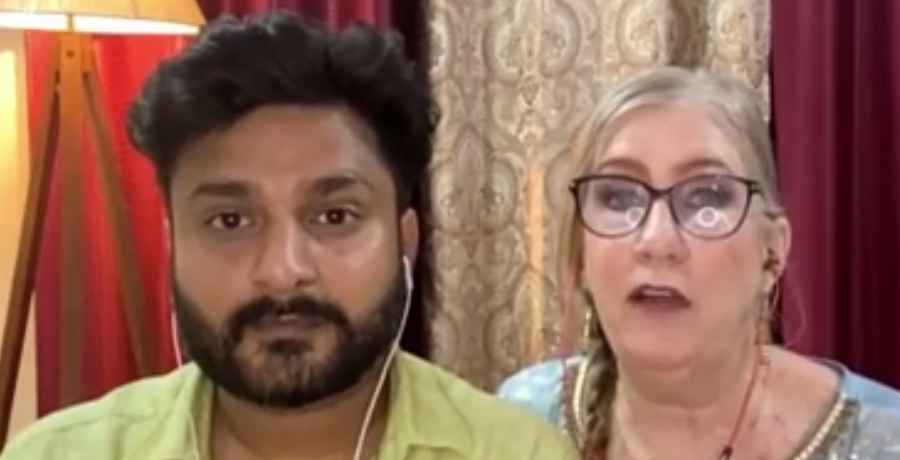 Fans will clearly recall the problems 90 Day Fiance: The Other Way stars, Jenny Slatten and Sumit Singh were experiencing. Shaun Robinson, the host of the new spinoff show, 90 Day Bares All caught up with the pair. The new show is streaming on discovery+ and allows participants to speak totally unfiltered.

90 Day Fiance: The Other Way stars Jenny and Sumit

The last we heard about Jenny and Sumit on 90 Day Fiance: The Other Way was the fact that Sumit’s parents refuse to give their blessing for the marriage. Fans know Sumit finally got divorced from his arranged marriage during Season 2. However, fans also know that Sumit’s parents have been against his marriage to Jenny from day one.

Sahna and Amit Singh are not prepared to accept Jenny as their daughter-in-law, due to the almost 30-year age gap between the couple. Jenny and Sumit did some investigation and found out they can get married without their blessing in an “Arya Samaj” temple wedding. Despite this, Sumit still wanted to get his parents’ blessing for their union.

In a huge row towards the end of Season 2 of the show, Sumit’s mother blackmailed her son, saying their marriage would be over her dead body. Sahna meant that literally, saying she would kill herself should they wed. Sumit did give Jenny a promise ring, but fans want to know their current status.

Jenny and Sumit on 90 Day Bares All

Jenny and Sumit recently appeared on the spinoff, 90 Day Bares All on discovery+. Also, Anil and Sahna were on the show to give their feedback. First of all, host Shaun Robinson asked Jenny and Sumit about the status of their marriage plans and Slatten’s visa. Slatten has been living in India on a tourist visa, which only lasts six months. Fortunately, the COVID-19 pandemic turned out to be a blessing of sorts, as Jenny was unable to leave the country due to quarantine. She was able to keep getting an extension on the visa, which is why she is still there.

In the video, that can be seen here, Jenny says, “Every month, a new extension.” However, should her tourist visa expire, or authorities refuse to give her another extension, she would have to leave.

So, why don’t they marry?

Shaun reminds Jenny that one way she can stay in India is if she and Sumit get married. She says, “So why don’t we just do that?” Jenny agrees with Shaun that this would be the answer. However, she reminded her that Sumit doesn’t want to separate from his family. Jenny looked at Sumit as she said this, but he didn’t seem bothered.

This is the moment when Shaun brings Anil and Sahna into the picture and asks them their latest feelings on the subject. Suffice to say, their feelings haven’t changed a bit. Anil admits that Jenny is a “very good lady,” but then starts talking about the age difference. He says Jenny will turn 75 in the next 10-11 years, so who will take care of his son?  At this point, Jenny reminds the camera that she is in better health than Anil and Sahna, who are around the same age.

Looking at comments on the Instagram video post, many fans are all for Jenny and Sumit. However, others tell Jenny to please “go home” and give up the fight. At one stage, Jenny has mentioned that she and Sumit have been together since 2011. Should she give up now, after all this time?

Episodes of 90 Day Bares All drop on discovery+ every Sunday.