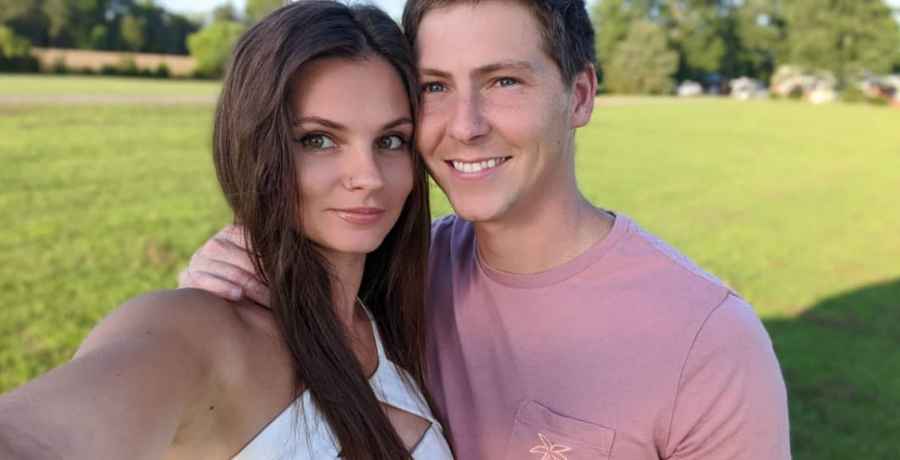 In the past, fans have often claimed that the 90 Day Fiance TV reality show is scripted. A recent Reddit post about Brandon Gibbs’ parents, Betty and Rob, seems to point that way. In Season 8, they introduced Aspen as their family friend. However, a search on Facebook reveals that Aspen isn’t really Aspen. It turns out she is actually a family member named Angi.

Brandon Gibbs and Julia Trubkina are a popular pair on the latest season of 90 Day Fiance. However, Brandon’s parents, Betty and Ron, are not so popular. Many viewers believe they are being extra strict on the young couple. In fact, many believe the Gibbs parents are taking advantage of their future daughter-in-law for free farm labor.

While Brandon and Julia appear to be madly in love, they are  having problems. Julia has left her whole life in Russia behind to be with her fiancé. However, his parents aren’t exactly making it easy for the Russian beauty. We all know TLC loves to add extra drama to keep fans entertained, especially in the form of a ‘villain’ or two. This is likely to be the case here.

Gibbs’ ‘family friend’ is a relative

A Reddit member has released a new piece of information about the Gibbs’ “family friend,” Aspen.  Fans will remember it was Aspen who familiarized Julia with the Gibbs farm in North Dinwiddie. According to Betty, when the family travels, Aspen stays at Hummingbird Acres to care for the animals.

Now this IS some hot tea y’all! A very informative youtuber named Ebird has unearthed some interesting info about everyone’s favourite farmhand, Aspen. The juicy truth is Aspen isn’t even her real name. It’s "Angi Shattuck" & even more hot tea she’s not a "family friend". She’s Betty’s sister! from 90dayfianceuncensored

It turns out Aspen is actually Betty’s sister and has a different name entirely. Her real name is Angi Shattuck. The Redditor cross-checked the information about Aspen on Angi’s Facebook account. In fact, she often posts images of her with the “Russian princess,” Julia and other references to the show.

When sharing funny memes about Julia, Angi calls Betty her “sista.” She even shared a little about her filming experience for the show. According to Angi, she can’t imagine being a celebrity, or someone on camera 24/7. Shattuck said she was involved in two full days of filming one episode of a reality show. She added, “it was exhausting but fun.”

Aunt Angi (aka Aspen) lives in Richmond, Va, and owns the Aspen Chic Boutique. Reportedly, she isn’t too happy at seeing herself on TV. This is because she believes the TLC cameras add 50 pounds of weight.

According to one fan, it was the TLC producers that called for her to be featured as a family friend instead of a family member. They likely saw the potential for additional drama with an added villain to the piece.

Judging from Angi/Aspen’s Facebook comments from fans and friends, she will appear on the show again. This is likely to happen towards the end of the season. As noted by Screen Rant, maybe she will appear when Brandon and Julia finally get married?

Keep up with Julia and Brandon on 90 Day Fiance on TLC, Sundays at 8 pm ET.