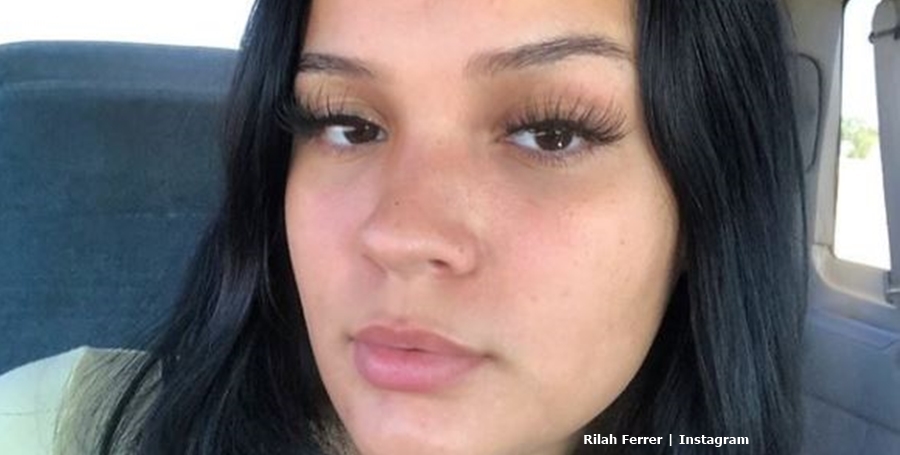 Unexpected Rilah Ferrer and Anthony Vanelli split ages ago but now she dropped a cryptic message. So, what could it mean? Possibly, she talks about Anthony’s latest arrest. Alternatively, she might be talking about the coronavirus. Or potentially, she regrets the day she didn’t use contraception with her baby daddy.

We reported last week that Rilah’s baby daddy ended up arrested again. Recall, the police previously picked him up for domestic violence against Rilah. However this time, it seems rather more serious as it involved a gun. Allegedly, he attempted shooting at someone. In fact, if true, this occurred whilst under strict parole conditions. Basically, his parole release meant he needed to literally live a squeaky clean life. So, perhaps Rilah cautions her fans against ignoring red flags in their relationships.

Back in August, a few rumors went around that suggested the TLC star got back with Anthony. However, Rilah Ferrer quickly laid that to rest forcefully in answer to fans who asked for clarity. It seems that she simply writes him off as a very bad experience. At one stage, the Unexpected star also accused Anthony of cheating on her anyway as he started speaking with someone from another state. Anyway, Anthony’s probably not expected back not the TLC show according to The List.

Taking to her Instagram on January 19, Rilah possibly decided fans should avoid getting involved with people like Antony. But she could just reference the coronavirus. After all, everyone knows that taking care against the virus seems a top priority. Alternatively, perhaps she just uses her social media platform as a way of promoting contraception for young teens.

The cryptic message came alongside a photo where she looked very nice in a crop top. Her caption simply read, “Protect yourself.” In the comments section, plenty of fans told her how beautiful she looks. One Unexpected fan wrote, “Your so pretty girl!! Your one of my faves💖🧚🏼‍♂️.” And many people agreed. Another fan mixed her up with Myrka and asked if she remains with Ethan. But Rilah Ferrer sweetly corrected them.

If there’s a cryptic message in what Rilah said, unfortunately, it seems most people missed it altogether. Of course, there’s every reason to suspect that she meant nothing by it at all. Nevertheless, TLC fans always hope for some deeply meaningful messages from their favorite stars. Naturally, fans feel the worst possibility might be that she failed to protect herself and fell pregnant again. Hopefully, that not the case.

If you think there’s a cryptic meaning in Rilah Ferrer’s message to her Unexpected fans, sound off in the comments below.