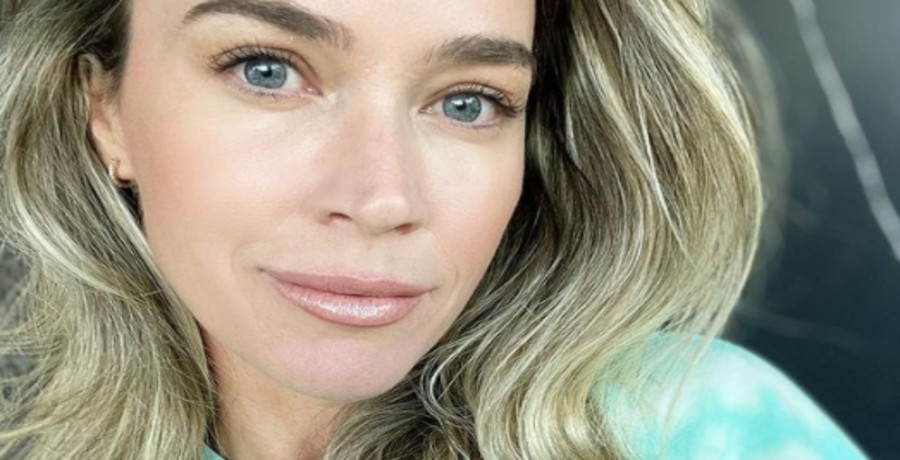 Teddi Mellencamp loves the Bachelor like everyone else. Who knew? She went onto Nick Viall’s podcast and did a recap of the latest show with him. She shared her true thoughts.

Nick said she came in, “guns ablazing.” He said he both agreed and disagreed with her on some things. Mellencamp had a lot to share including her thoughts on Victoria, Katie, and who her choice for this season is. She revealed she quit watching The Bachelorette. She said with Clare, there was no suspense. The RHOBH star said she stopped watching before Clare left with Dale Moss and didn’t go back.

Teddi Mellencamp is fully invested in this season of The Bachelor. Mellencamp didn’t think Sarah Trott fainted for real. She just thought she got a little woozy. She also mentioned the amount of times Sarah breathed out of her mouth without crying. Nick continued to play devil’s advocate for Sarah saying he thought he saw some tears.

Teddi thinks Victoria is a plant and is just an actress on the show. Mellencamp said she stalked her Instagram to see why she was on the show. Nick said he thinks the group likes Victoria and thinks she’s not a threat. Nick said, “the most dangerous predator on the food chain is a group of people on the bachelor who smell blood.” He said that about when the group turned against Sarah.

The Reality Star Doesn’t Think Sarah Was Being Straightforward

Teddi Mellencamp wanted Sarah to address her issues with her father first, but she didn’t. Nick thinks she was bullied for sure and disagreed with Teddi that she should have led with her family problems. He said she seems like a drama queen and a nightmare to date, but he supported some of her actions. Mellencamp thought Sarah wanted Matt to tell her to stay and that’s why she was heavy breathing and just waiting.

Teddi said if she was Matt, it would be obvious she was too needy from the get go, because of her actions. Teddi also doesn’t think Matt is into Katie like he is with the other girls. Nick says he thinks she’ll be final six and go home right before hometowns. Teddi said the date with Serena bored her to death. She also thought Matt was thinking about Sarah on the date with Serena. She thinks he’s a super nice guy who is just complimentary to everyone.

What do you think about Teddi’s thoughts on the episode. Do you think Katie is final six or final three? Comment with your thoughts down below.