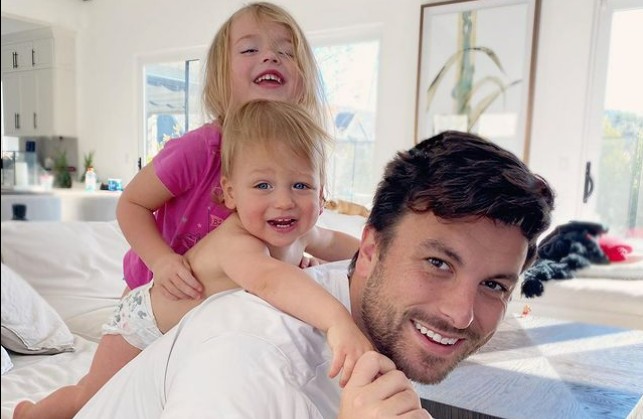 Quarantine is getting to everyone, including Tanner Tolbert. The Bachelor in Paradise alum decided to give son Brooks his first haircut. His choice in styles may surprise a few, however, many like it as well. So what is this adorable, yet risky haircut Brooks received?

Tanner went to Instagram to share with followers that he had given son Brooks his first haircut. And, he chose to give Brooks a mullet. On his post he shared a little video of Brooks walking around. He captioned saying, “I gave my son a mullet this morning… I feel good about it 💇🏼.”

Jade also shared the new haircut. She said, “I left for one hour this morning and came back to Brooksy looking like this.” She also said, “Mullet boy. Kinda want to laugh definitely want to cry hahaha.”

Their 17-month-old son looks adorable with his new haircut.

Later, Tanner commented he was surprised everyone was so excited about Brooks haircut.

Fans react to the haircut

Many fans went to the Instagram post to share their thoughts on Brooks new hairdo. Some said how absolutely cute he is. Other said it’s cute but jokingly said if they were married to Tanner they’d kill him. Another commented saying he looked hansom from the front and like Joe Exotic from the back. The majority of fans couldn’t quit gushing over how cute Brooks looks.

One fan even asked Tanner if he winged the cut or followed a video on how to do it. Tanner said he just winged it.

Jade and Tanner have three children now. Emmy is 3, Brooks is 17 months and Reed is just two months old. Reed made his debut in November. Fans will recall that Brooks came into the world rather suddenly and was born in the Tolbert’s closet. Reed was a planned home birth and she actually made it to term with him.

They are an adorable family of five. Fans love following them both on social media. Jade keeps things real with fans. She shares the ins and outs and ups and downs of motherhood and being a woman. She often looks to fans for advice and they often do the same to her.

Many can’t wait to see where life’s journey will take this little family next. The Tolbert’s are a Bachelor success story and fans just love them.