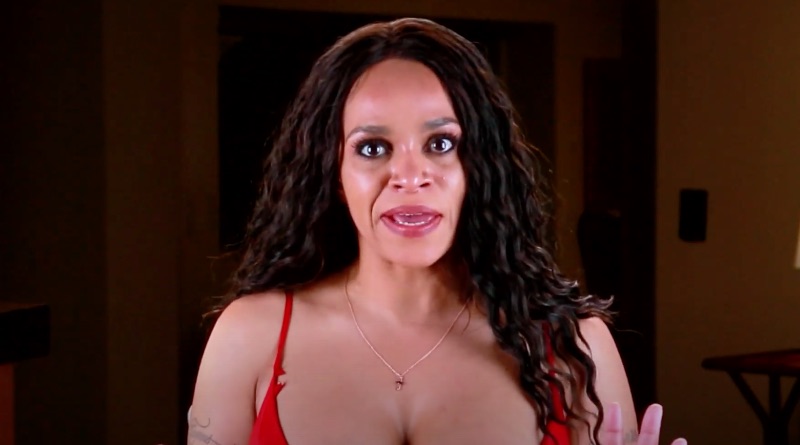 Love After Lockup cast member Lizzie Kommes has some wild prison stories to tell. And recently, she dished on the system she had going on when she was behind bars.

Love After Lockup star Lizzie Kommes was very popular on the inside. She siphoned money from a number of men during her time in jail. Viewers saw her on the first season of the WEtv show with Scott Davey. But he wasn’t the only guy she was talking to back then.

Love After Lockup celeb Lizzie Kommes recently dished on more of what went on behind the scenes. Turns out, she was talking to so many different guys at one point that she had to have someone help her keep track of them all. And because this was a prison, she paid for the service with some interesting currency. According to Lizzie, she gave her “secretary” a gram of crystal meth every two weeks.

According to Lizzie Kommes, she was so popular with guys while she was in prison that it was a full-time job keeping track of what she told each of them. Certainly, it can be difficult to keep your story straight when you’re juggling that many people. But it looks like the Love After Lockup star kept it all in check – with the help of her prison secretary.

Lizzie Kommes said from the very beginning that it was always about the hustle for her. As viewers remember, she siphoned over $90k from Scott Davey during their time together. Meanwhile, according to her claims, Lizzie said she made over $800k while behind bars – from everyone sending her money. And if true, that’s quite the haul – especially for someone that’s behind bars.

Love After Lockup cast member Lizzie Kommes often talks about the way she hustled while in prison. But since she got out of prison, she turned that hustle toward life on the outside as well. On top of that, she spends more time with her daughter. She missed a lot of time with her when she was locked up.

In addition to making up for lost time with Jazmyne, Lizzie Kommes recently made even more strides as well. Back in December of 2020, she graduated from college. At the time, she said she would continue her education and become a “drug and alcohol counselor”.

Certainly, after everything Lizzie Kommes went through in terms of her addiction and doing time, she is really turning her life around for the better. And a lot of Love After Lockup fans are glad to see her doing well.