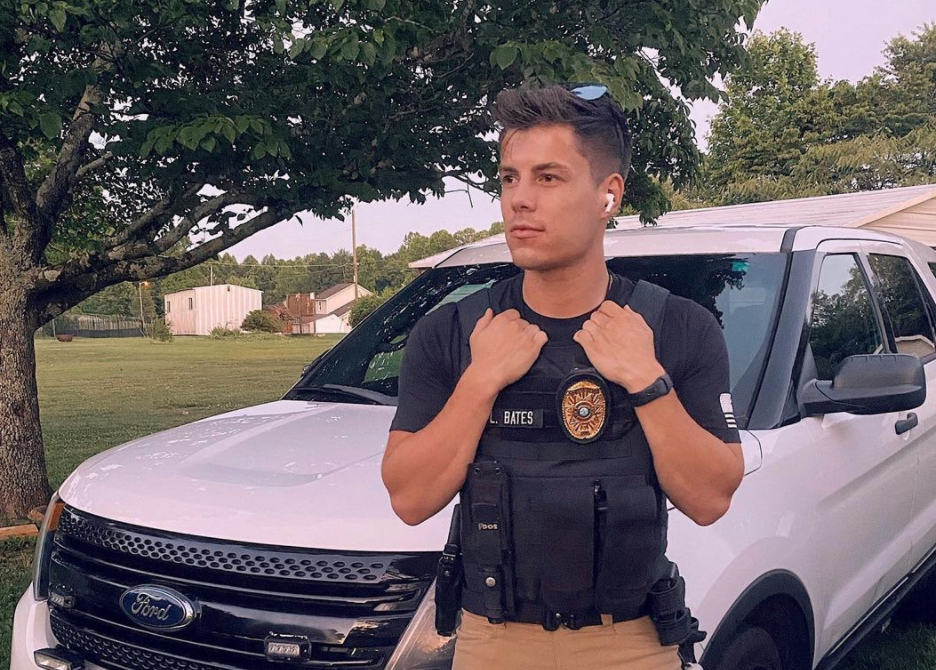 In his new post, Lawson included a photo of himself sitting on the edge of a cliff. The rock he’s sitting on is overlooking a small town.

In response to the photo, his mom, on the Bates Family Instagram page, comments “Wow! Beautiful but please be careful.” Lawson’s followers are sympathizing with his mom, pointing out that this must be a “mom thing.” Fans are glad he’s having a good time exploring, but they want him to stay safe. One fan jokes that this is why moms’ hair turns gray.

When one fan commented asking Lawson to get off the edge of the rock, Kelly Jo responded with, “Amen!”

In the caption of his post, the Bringing Up Bates son wonders, “Where to next . . . ” With the Covid pandemic still not under control, it’s possible that Lawson’s future travels will be delayed temporarily.

Since Lawson asked where he should go next, fans are sharing their recommendations in the comments section. It looks like fans have lots of good ideas for Lawson’s upcoming adventures. One fan recommends Australia, and Lawson says he would love to go there someday.

Bringing Up Bates fans can keep up with Lawson on social media. This is especially helpful when new episodes of the family’s show aren’t airing.

Typically, Lawson doesn’t share photos that freak his mom out. But he does share plenty of other posts. He recently posted a video of himself performing a song. His goal was to send a message of hope to his many social media followers.

Recently, the star got political on Facebook, which fans have mixed feelings about. He was also called out for being involved in the riots that took place at the Capitol building in D.C. Later, he revealed he wasn’t there and called out those who started the potential rumors. But he tends to stick to more lighthearted posts, including cute photos of himself with his nieces and nephews.

So, did Lawson’s new photo give you a scare too? Do you follow him on social media? Share your thoughts in the comments below.

As of right now, another season of Bringing Up Bates hasn’t been confirmed. Stay tuned for more updates.