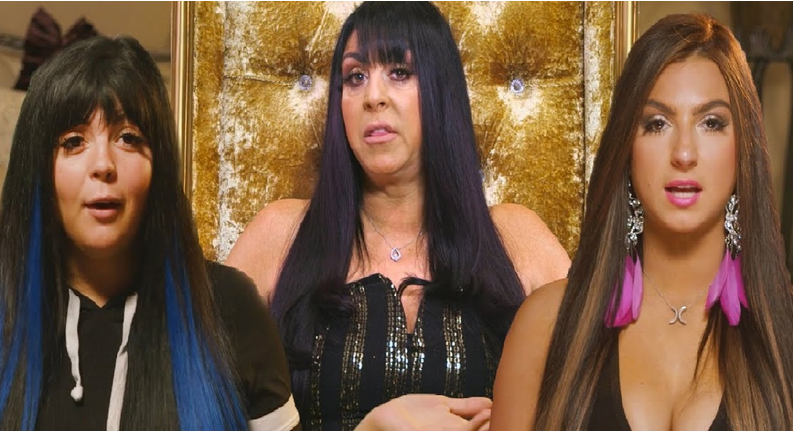 On the recent Unpolished Season 2 episode,  Jennifer Martone admitted she was struggling after losing her husband last year. “30 years of marriage, I never worried that there were bills to be paid because Mike took care of it. Now Mike passed away, and I am left with a mess.”

The Martone’s lost the family patriarch who was responsible for their finances. According to Yahoo, Big Mike had stage 4 cancer and passed away on May 9. With Bria’s wedding coming up, Jennifer had to find a way to pay for the event. She revealed to her daughters that she felt like Big Mike was communicating with her from beyond. “I believe Mike is trying to give me signs with water. First day he passed away, there was a flood in my basement, then the air condensation pumps broke.” The mother of two scheduled an appointment with a psychic medium to speak to her late husband.

Jennifer Martone admitted that she would do her best to maintain the family’s lifestyle but did not know if she was capable. As they sat to talk, the ladies realized they would have to budget for Lexi’s wedding, Salon Martone, and all the other bills.

Cinemaholic claims that as of 2021, the Martone sisters are worth 3 million dollars. A fan said, “No disrespect but shouldn’t Jen have asked Big Mike about the finances before he passed away?? She should have been more involved all along, but I know some couples don’t do that. I think it’s important to know, though.” Some fans this Jennifer Martone’s money troubles are out of ignorance.

Lexi Martone was skeptical when the psychic arrived with a gift that she said Big Mike helped her pick out. It was a gnome. The psychic gave Bria good news first, “They are predicting twin girls for you.” Jen had a few questions for her late husband. “Why did you leave me in this mess? Can’t he just talk to me! Where is the money, Big Mike!” To which the psychic answered that it was coming.

As Lexi drove to Salon Martone, she said, “My mum brought a psychic in the house, and everyone had some different, emotions but I hope she brought some peace to my mum and Bria cause we could all use a little right now.”

Fans did not believe that the couple did not have any meaningful conversations about money.  They also singled out Bria for being selfish and only thinking of her wedding with Matt. “I’m surprised Mike, or the mom didn’t have the finances laid out, where things were, important papers, all that figured out before he passed….when you have a terminal diagnosis that should really be a priority when you have a lot of assets and debt.” Viewers had their opinions on what they would have done in case their spouse died.