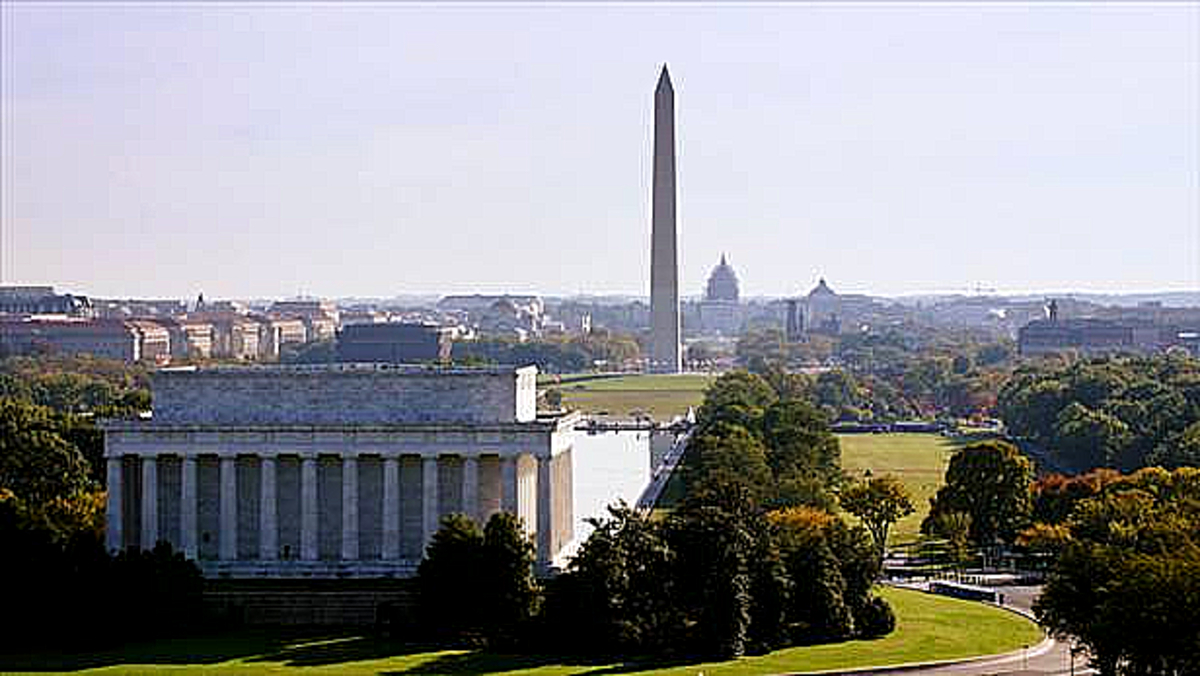 Washington D.C. is in focus for Science Channel’s If We Built It Today premiere this coming Sunday.

Producers and experts cook up a 21st century blueprint for the capital city.  The history of the city encapsulates the history of the nation as our founding fathers built a city that stood for unity and democracy with inspiring structures.

What we can see is that Washington D.C. of the 1800’s is not the same as the city is today.

TV Shows Ace has an exclusive preview of the premiere which will examine the hard costs and logistics of a reimagined capital city.

If We Built It Today will resonate with anyone who is curious about how much,  in today’s money, it would cost to recreate what people had built with far more archaic tools that have stood the test of time.

The series posits the question: What would it look like to reimagine the world’s greatest monuments and structures from throughout history?

What would the costs for labor and materials be?  What role do politics, science, and design play in their creation and what are the crucial components and elements from past builds to ensure we are best representing these meaningful monuments and buildings today?

Lots of questions, and the producers and Science Channel have the answers in the all-new season, where experts are brought in to re-imagine the world’s most impressive building projects to reveal how much time, labor, and investment would be necessary to rebuild these magnificent structures today.

About If We Built It Today

An all-new season begins on January 24 on Science Channel with a special two-hour season premiere episode.

Producers are helped by architectural experts and urban planners and developers, as experts employ modern engineering and technology to create a 21st century blueprint for a reimagined Washington, DC.

Even the Hoover Dam is reimagined as an eco-friendly undertaking utilizing perpetual motion and solar power.

As the 100th anniversary of the Lincoln Memorial approaches, and with an election year that directed all attention to Washington, this two-hour episode explores what the future holds for the landmark-packed capital of the United States – and how its iconic collection of buildings and monuments act as the symbolic heart of a nation. Detailing the early plans for Washington DC and taking cues from evolving capital city plans from Ancient Egypt and Europe, experts survey what the capital might look like if we built it today.

Traveling to Machu Picchu and Malta, France, and beyond, we will discover some of the most notable places the world over through a new lens.

The stunning Parthenon is one of the surviving buildings of ancient Greece. But how would we go about building beautiful structures today, and how would we use science to quantify the beauty and the meaningfulness of this build?

Built in 1890, Carnegie Hall remains the crown jewel of concert halls with its incomparable acoustics and masterful construction. So how can a room that’s more than a century old, built without modern materials or technology, be so superior to later constructions? Applying ancient knowledge about the science of sound from Ancient Greece, experts explore the secrets of stadium rock and whether it’d be possible to build a modern concert hall equal to this crown jewel without powerful amplifiers or electricity.

The fated Titanic is rebuilt as it was imagined to be an unsinkable ship, and England’s enigmatic Stonehenge is constructed in a world where the advantages made possible by digital technology exist at our fingertips.

The series is a thoughtful exploration of what we’ve gained and lost in our race to the future and offers a new way of looking at our greatest creations from throughout history, according to producers.

If We Built It Today is produced for Science Channel by Arcadia Entertainment.

And for Science Channel, Lindsey Foster Blumberg is Executive Producer and Jennifer Gross is Producer.

If We Built It Today airs (beginning January 24) Sunday at 8 pm ET/PT on Science Channel.