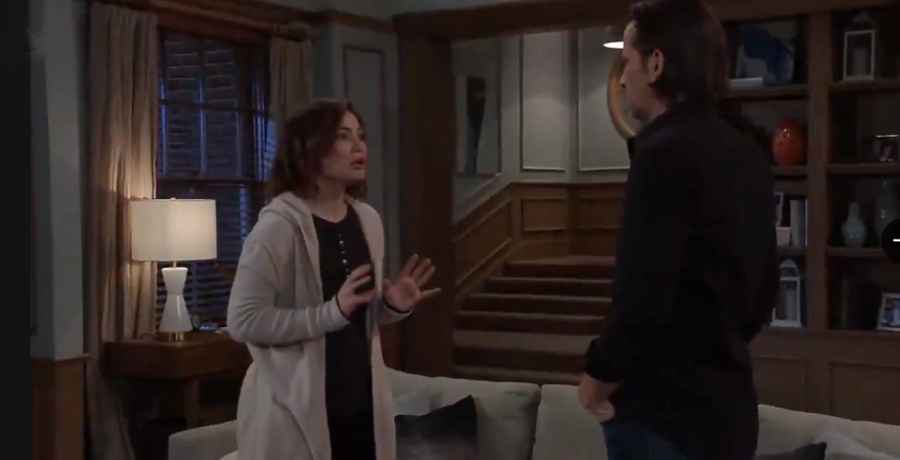 Spoilers for the General Hospital episode of Thursday, January 21 promise plenty of drama and heartbreak. This includes the possibility of a confession and a number of accusations, along with so much more. Stay tuned to the ABC Network to make sure you don’t miss a moment of this explosive episode.

Ned (Wally Kurth), having been confronted by Olivia (Lisa LoCicero) about needing her to forgive him, has had enough. He announces that this all ends right now. Tracy (Jane Elliot) has tried so hard to keep his dirty little secret with Alexis (Nancy Lee Grahn) hidden. Will she let Ned spill everything, or will she do something to keep the secret hidden?

Speaking of Alexis, she remains convinced that Tracy had set her up for the DUI she is facing. She speaks to Finn (Michael Easton), their mutual friend, telling him she is trying to find out. Will Finn stay out of the problem, or will he help Alexis figure out what Tracy did?

Meanwhile, Anna (Finola Hughes) is also looking for answers. She turns to a friend for help. Anna speaks with Kevin (Jon Lindstrom) and like most things relating to Anna, this probably relates to Peter (Wes Ramsay).  Whatever Kevin tells her, she clearly doesn’t believe it.

Britt wants to believe in Peter, but can she?

Speaking of Peter, Britt (Kelly Thiebaud also wants to believe him. However, Jason (Steve Burton) gives her another perspective on Peter. Jason wants to know if Britt is going to see the truth or continue seeing what only she wants to see. While she is still mulling over all this, Peter comes to visit her. He tells Britt he wants a favor, but will she think twice about that now?

Meanwhile, Dante (Dominic Zamprogna) meets up with Maxi (Kirsten Storms. He wants to know what this is all about. However, when it comes to both of them, it likely has to do with the woman they both love, Lulu. They go on to have a very emotional conversation. Now teasers ask, will Maxie finally remember that Lulu told her she still loves Dante? More important than that, will she tell Dante herself?

Continuing in a love vein, Liz (Rebecca Herbst) is normally crazy in love with her husband. However, maybe not so much right now, as she is so angry with him.  Liz goes on to confront Franco (Roger Howarth). She wants to know what he is doing talking to Jason. She knows the love between her and her husband is everything. However, and as noted by Soap Hub, she also wants to know why he is so quick to throw that love away.

New episodes of #GH will return tomorrow (Thursday, January 21st). In the meantime, enjoy a little tease of the dramatic action still to come this week. #GeneralHospital pic.twitter.com/TWDJ2Pl5MU

Catch all the drama and emotion in General Hospital, airing weekdays on the ABC Network.