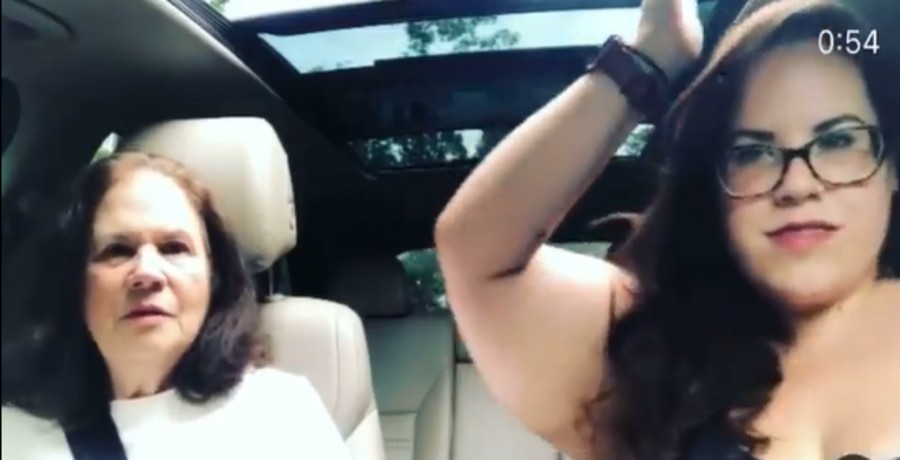 Fans of  My Big Fat Fabulous Life thought Whitney Way Thore acted very manipulative towards Buddy Bell in a recent episode. Whitney, dealing with her breakup, read messages on a dating app and then cried to Buddy about it. Fans felt like she used her tears to make him stay with her.

After the breakup with her fiancé Chase Severino, Whitney had panic attacks. Chase not only cheated on her, but got another woman pregnant. Then he made it more hurtful, because he decided to move on with her.  Her long time friend Buddy moved in to help her cope. He’d reached a point he thought he could move out. After reading some of the messages she received on an online dating app she cried on his shoulder.

Buddy felt like Whitney Way Thore was on her way to being okay alone. After she cried over the things people were saying on the dating app, fans felt like she manipulated Buddy. One Twitter follower said, “Whitney calls herself a loser, talks about weight loss surgery, shows Buddy the hurtful messages on the dating app and cries. Then Buddy agrees to stay in Charlotte. Manipulation 101.”

It was after the breakdown on the brutal messages she received that Buddy signed the lease for seven more months. One fan passionately declared, “You are tricking him Whitney! You are guilting Buddy!” Another said Whitney needed too much attention. Another said the codependence between them was unhealthy.

Buddy and Whitney are very clear. While they are close they aren’t interested in each other romantically. A recent episode showed them getting matching tattoos and discussing why Buddy’s girlfriend was upset he dropped everything to make her a salad. Buddy said keeping their living arrangement would make it difficult when they dated other people again if they stayed together as a unit.

What Does The Future Hold For The Reality Stars?

Whitney Way Thore entertained the idea of moving back to Greensboro. She expressed restrictions had been hard on her and she didn’t want to be alone in the city. One fan said she envied Whitney’s friends. She said, “these people accept her as she is but help her move, have wine nights, stand up for her, look for her when she’s upset etc.”

Whitney shared a video on her Instagram with her mother. The two are dancing and singing in the car. She said, “can’t wait to sit in a closed car with my mom, be silly, not wear a mask, and NOT WORRY. I miss Babs.” Do you agree Whitney was being manipulative? Do you think Buddy is being a good friend or going too far by staying? Comment with your thoughts down below.