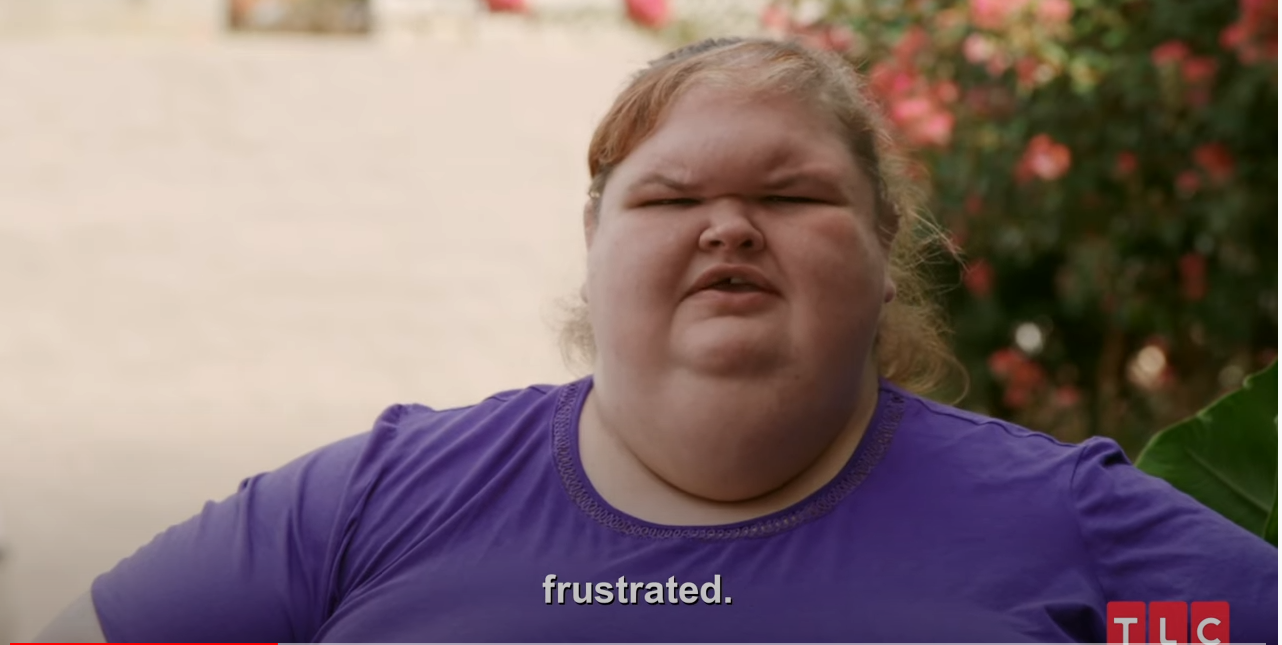 1000-Lb Sisters fans are not happy with Tammy Slaton. In fact, after last night’s episode, they have had quite a lot to say, especially on social media. So, why are TLC fans in a twist? Read on to find out.

Tensions are High Between Amy and Tammy Slaton

As TV Shows Ace recently reported, yesterday’s episode of 1000-Lb Sisters features Tammy and Amy Slaton during a visit to their therapist. During the episode, Tammy blows up at Amy over a number of things – many of which seemed odd and petty to their fans.

A meeting with the sisters’ physician revealed that Tammy’s weight has jumped up even higher since her last visit. Instead of taking responsibility for bad eating and lifestyle choices, she instead placed the blame on Amy. According to Meaww Tammy told the doctor that Amy is also equally responsible for her weight gain because she constantly brings food and insists they eat it together.  The whole situation has really started putting tensions on high in the Slaton family. In fact, the vibe between the Slaton sisters has gotten so uncomfortable, the pair was featured having a session with a therapist yesterday.

Despite her own health issues, Tammy slammed Amy with blame and belittled her in front of the therapist. At one point, she tells the therapist, “When I look for her to go get my food, every time where I tell her I want something specific and she brings back something different, I’m like, ‘Is that what I asked for?'”

Fans Say Tammy Slaton is Being a Bully

In addition to essentially blaming Amy for her poor decisions regarding her health and weight gain, Tammy has seemingly started bullying Amy in order to get her way. What does she want? Well, it seems that Tammy’s ultimate desire is just to have Amy be with her 24/7 to wait on her hand and foot. She has become completely dependent on Amy for even the most basic of needs.

In this scenario, you would think that would tip the power into Amy’s court, but in this case, it’s exactly the opposite. The more scared of being alone she is, the more cut-throat Tammy Slaton gets. You get to see a bit of this during this week’s episode during their conversation with the therapist. In the session, Amy reveals that her sister, Tammy, often holds money over her head and threatens to call the cops on her. Amy also revealed that when Tammy says things like this that she feels insulted and overpowered. This statement really seemed to have struck a nerve with Tammy, reacted immediately.  “I’m gonna walk the f**k out, Amy. I’m not doing this s**t,” she said in a crass tone.

After the show ended, fans of 1000-Lb Sisters were less than pleased with Tammy’s behavior. They acknowledge that Amy is not perfect either, but she appears to do her best to care for Tammy. Fans also worry that the stress from this relationship could exacerbate an already high-risk pregnancy and cause issues for Amy down the road.

Fans were not happy with the way Tammy was acting. The oldest Slaton sister clearly feels slighted, and she had no problem letting people know. Unfortunately, on screen, it looked like she was throwing a bratty tantrum. She absolutely refused to take any responsibility for her own health.

As seen in the tweets below, fans were happy to point out Tammy’s issues. Perhaps this is because she likes to think the problems lie with everyone else.

“Tammy is so mean to her sister,” posted one fan, “like I get her frustration but Amy is literally so sweet.”

Another fan tweeted, “Tammy said ‘The ONLY thing Amy does for me is my laundry, take out the trash, cook & go get my food. That’s it! There’s nothing left to do sis.'”

Amy “sometimes u say if you don’t go buy me food I’m gonna call the cops on you” 😂😂😂😂😂 wtf so what! Call the cops as soon as they see u they are gonna tell Amy you did the right thing #1000lbSisters pic.twitter.com/nGbTj3yE1U

Tammy sitting up there looking like a spoiled toddler #1000lbSisters pic.twitter.com/UcYi3l65SI

Where Will They Go From Here

Hopefully, the two will work things out and start moving toward a more peaceful relationship. Unfortunately at the moment, fans are on pins and needles after the cliff-hanger at the end of this week’s episode. We will have to wait till next week to see if Amy and the baby are okay.

So, be sure to stay tuned to TV Shows Ace for the latest updates on everything 1000-Lb Sisters including reactions and weekly sneak peeks!