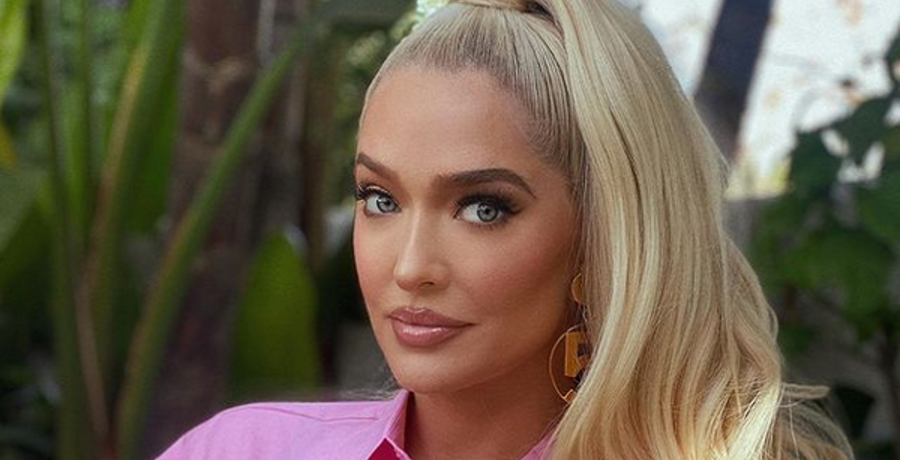 Erika Jayne is making moves. As fans know, The Real Housewives of Beverly Hills star ended her marriage to Tom Girardi. November 3, 2020, was a historic day for many reasons. Not only was it Election Day, but it was also a day that Bravo fans won’t forget. Erika announced that she made the decision to end their 21-year marriage.

The couple has been the center of money problems. Previously, TV Shows Ace reported that Erika and her estranged husband could lose their home. Apparently, the duo defaulted on their property taxes. This comes amid the growing financial problems and embezzlement allegations.

But that hasn’t stopped Erika from purchasing a new home.

Erika Jayne moved out of the mega-mansion she shared with Tom Girardi. Instead, she moved into a smaller home amid their financial crisis. On Wednesday, January 20, The Blast obtained the latest court documents. Tom’s brother, Robert Girardi, listed the people he wants as part of the conservatorship. He claimed that Tom suffers from short-term memory loss, which has contributed to his legal problems.

One of the names includes Erika Chahoy who is also known as Erika Girardi or Erika Jayne. She is listed as Tom’s “spouse.” The court documents also show her new address. She reportedly moved out of their $15 million home into a humble $1.5 million pad. Erika recently moved into a 3-bedroom, 2-bathroom, 2,015 square foot home near Fairfax and Hancock Pock.

The home sounds nothing like the lavish mansion Erika resided in for years. But her world came crashing down on her. Erika and Tom are also the defendants in a federal lawsuit. According to that suit, Tom represented families who lost loved ones in a plane crash. Even though they won the settlement, they never received the full amount. They allege that Tom used the money to fund his lavish lifestyle with Erika.

Erika Jayne makes her own money

The television personality is desperate to make money. She had to resort to announcing a giveaway on Instagram. Over the weekend, Erika Jayne shared a promotional post. Brands pay celebrities to promote giveaways on social media.

Fans enter their names in a drawing in order to win luxury items, makeup products, or cold cash. Erika reportedly received a substantial amount for her Instagram post. She shared a photo of the swag that fans could win if they follow the instructions for the giveaway. Erika is trying to make her money, giving her current financial and legal woes.

Meanwhile, The Real Housewives of Beverly Hills Season 11 is in production. The show should air sometime in Spring 2021.