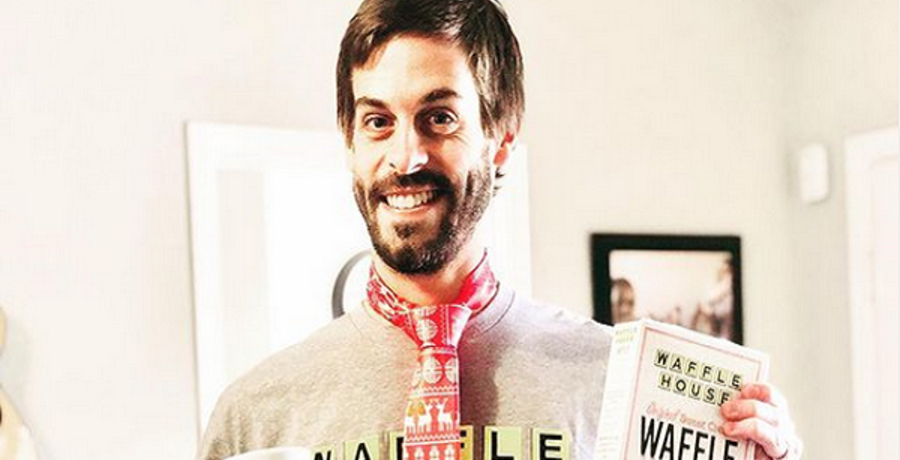 Derick Dillard has fans wondering if he had a change of heart. They remember when he slammed TLC star, Jazz Jennings. But this should come as no surprise to Duggar fans. Three years ago, the father of two took to Twitter to share his issue with the then-16-year-old. He claimed that “transgender is a myth.”

Fans flocked to Derick’s post at the time. Most of them told him that if he had a problem with Jazz, he should leave the network. Others didn’t like seeing him criticize a teenage girl. Nowadays, they’re wondering if Derick better understands equality or if he’s changed his views.

Earlier this week, Derick Dillard shared a quote from Martin Luther King, Jr. He posted an image of the civil rights leader on Instagram. The image read, “The time is always right to do what is right.”

“Thankful for the life and legacy of Dr. Martin Luther King Jr,” Derick captioned the post. “My decision to study Civil Rights Law was influenced by his work. May we continue the fight for equality in 2021.”

In his post, Derick also included the hashtags “MLK” and “MLKDay.”

The former reality star’s post came as a shock to fans. Some of them wondered if Derick Dillard has since changed his views on equality. They haven’t forgotten the time when he openly criticized Jazz Jennings on social media. Here are just some of the comments in his post:

“ALL RIGHTS. For people of color, women, the LGBTQ community, all religions, all the people,” one fan wrote. “I know you’ve said and done some [controversial] things in the past but I believe people can grow and change and hope you have.”

“Has studying Civil Rights Law changed any of your viewpoints?” a second person added. “I ask with respect and an open mind.”

“So glad to hear you are open to advocating for ALL people, regardless of race, religious belief, sexual orientation, gender identity, etc,” a third follower sarcastically wrote. “Awesome to hear.”

Then a person chimed in that Derick “believes that being gay is a sin I doubt he will be advocating for them…” But he hasn’t responded to any of those comments. Instead, he’ll have to work to prove to the fans that he learned a lot.

Other fans reminded Derick that equality means standing up for all people, not just the Black community or people of a certain race. They hoped he has changed his ways. At the time of his tweets, TLC released a statement saying that Derick’s views do not represent the views of their network. Since then, he has not appeared on Counting On.

What do you think? Do you feel that Derick has truly changed his views? Sound off below in the comments.