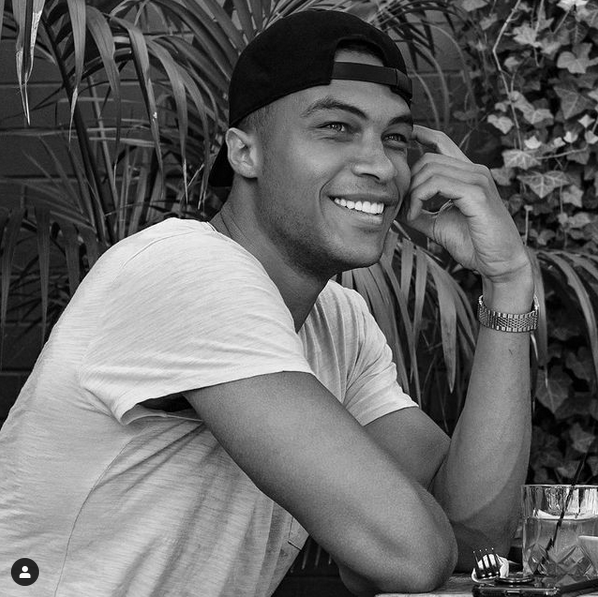 Martin Luther King Jr. day is celebrated each year on the late activist’s birthday. Former Bachelorette Season 16 contestant, Dale Moss, celebrated MLK Day with a series of posts honoring the achievements. Dale Moss is famous for his engagement with Clare Crawley, which happened only a few weeks after the meeting.

The reality TV star shared a photo from an old book to his Instagram stories. He wrote,” These are my family’s papers dating back to the slave trade.#freedom.” On the brown page, you could see his family tree dating from 1869. At the bottom, it shows his great grandparents, Jom and Della Moss, who were married in 1887. In another post, he shares a photo of his family, writing, “Equality for the generations that would come long after he was gone.”

According to TVOverMind, Dale’s uncle, Johnny Rodgers, was a great football player. He won the Heisman trophy in 1972 while playing for the University of Nebraska. The legend went on to play football in Canada and had a short NFL career.

In his next post, he shared a photo of Johnny with the trophy, writing, “My uncle and family could never have experienced this without people like MLK.” 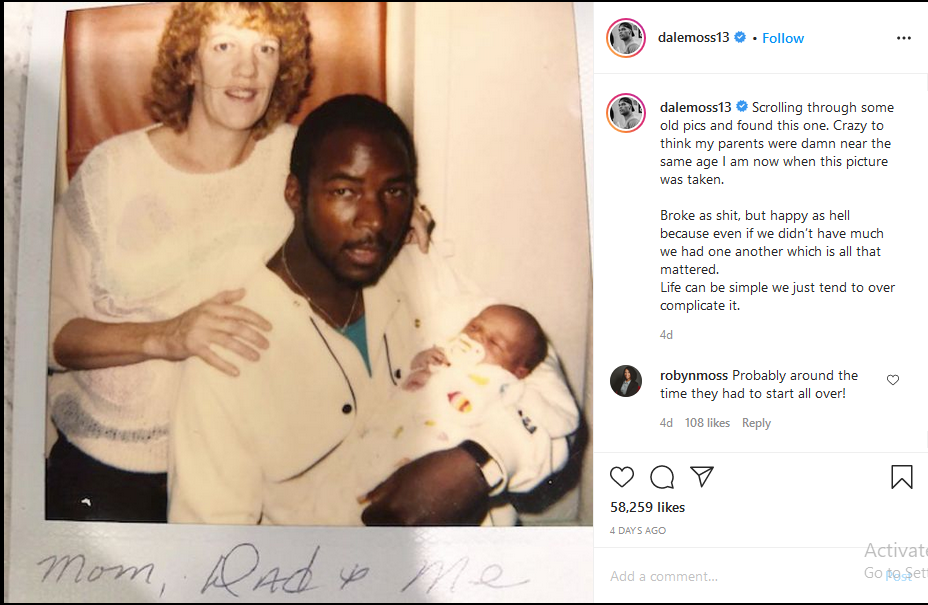 The former TV star had shared a video of his late mother’s memorial on her birthday. He captioned it, “Growing up. I never had a relationship with the majority of my Mom’s side of the family even though they lived about an hour away.” His mother and father were in an interracial relationship.

They were married for close to 40 years and faced a lot of discrimination in the early days of their relationship. Dale goes on, “It wasn’t until this day in which we all were grieving the loss of my mother that we were able to put any lingering racial, social or personal issues aside to all come together for the first time as a family.”

Fans comments under his post about his mother’s side of the family. “So, his Mom’s family abandoned her because she was married to a black man?!!! These people aren’t your family, Dale! Your late Mom, dad, and sisters are your true family members.” Another said, “Beautiful message and dedication to your Mom. May the bond and love between the two sides of the family grow stronger for generations to come. You all truly gained a guardian Angel in her, watching over you.”

Last year, Dale had a Q&A session where he opened up about the Black Lives Matter movement. He says, “Race is something that, this year, people are talking about more than ever. I’ve never shied away from the story of my family. I come from a biracial household. I experienced prejudice my entire life, especially being in a not very diverse community.” Dale grew up in South Dakota.

Jeremy Vuolo Goes Back To College & Back To His Roots
‘Thurston’ For Katie? Michael A. Posts, Deletes Flirty Comment On Her Sultry Photo
Love In The Afternoon With Hallmark’s ‘A Little Daytime Drama’
Lisa Rinna Stars In New ‘Days Of Our Lives: Beyond Salem’ For Peacock
Janelle Brown Encourages Fans To Change: ‘Do Something Different’