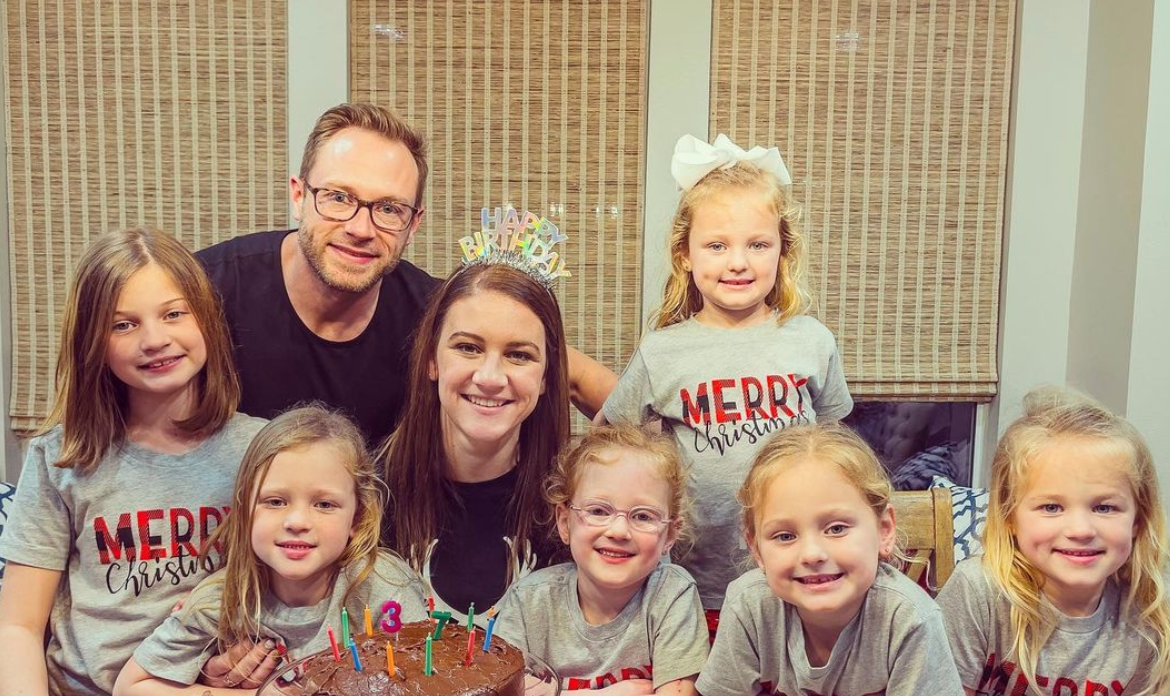 The Busby family of TLC’s OutDaughtered can’t seem to catch a break! They’re dealing with one health issue after another. See what’s going on with the Busbys.

What has the Busby family been dealing with?

Adam and Danielle Busby have been keeping fans updated on Danielle’s health issues. She went through some invasive testing and fortunately avoided surgery. The OutDaughtered mom had to get nerve testing done to hopefully get some results.

But the family isn’t sharing an official update about a diagnosis or anything yet. So, it’s possible that the family is still working through some of those issues.

Additionally, Riley Busby injured herself while dancing. She ended up getting a staple in the back of her head at the emergency room. It looks like the little girl will be just fine, but it did give the family a scare.

On her Instagram stories, Danielle shared a snap of her husband with their daughter Riley. The pair is chilling out on the couch together. Danielle calls them her “hurt big kids.”

She explains that Riley had just gotten the staple out of her head. This was previously reported by TV Shows Ace.  In response to Adam’s post about Riley getting the staple removed, fans sent love her way. They’re proud of her for being so strong. They know it was scary for the little one, and her family describes her as stubborn too.

Surprisingly, Riley isn’t the only one with an injury. Adam is also in pain, as Danielle shows in the picture. She writes, “Buzz tore/pulled his quad.”

Depending on how Danielle’s feeling now, she might end up hanging out on the couch with Adam and Riley too.

Fortunately, it looks like Riley’s recovering now. So, that health issue is nearly over. It’s unclear how serious Adam’s injury is. Maybe he will end up needing surgery at some point. But Danielle hasn’t given an update on Adam, and he isn’t very active on social media at the moment. The couple is very open with their social media followers and shares about their personal lives. So, they may share more later on, especially if they want love and support from their fans.

So, are you surprised to hear about yet another health issue for the OutDaughtered cast? Share your thoughts in the comments below.

For the latest news on the Busby family, check back with TV Shows Ace.