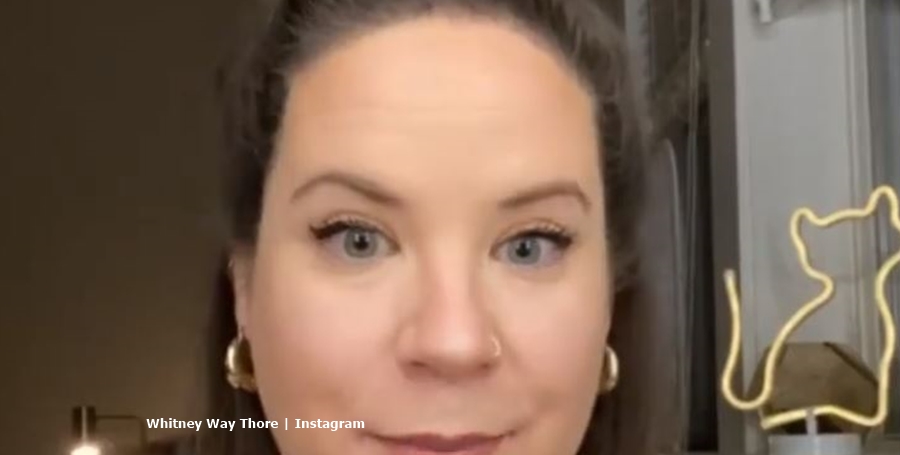 Whitney Way Thore and Buddy stayed together during the quarantine. And that put some pressure on his relationship with his girlfriend Brittany. Buddy moved on, but that doesn’t mean the My Big Fat Fabulous star gets no kisses these days. She took to Instagram and revealed no shortage of those from a dear friend. In fact, she seems very happy that anyone kisses her since Chase Severino split with her.

Buddy split from Brittany, but he soon picked up with another woman. Her name is Courtney. Notably, their relationship looks firmly entrenched already. We reported that they redecorated the apartment together and make a cozy love nest. Plus, he made her a salad. That’s always a sure sign the someone stole his heart. In fact, he previously made Whitney salads, which kind of cemented their rather platonic love.

Many fans hoped that Buddy and Whitney Way Thore would become a couple. However, they both seem determined that simply won’t happen. That’s despite the My Big Fat Fabulous Life star coming over as quite jealous of him. In fact, she talked about Brittany bringing a sort of “Sister Wives vibe” to her life. That came when fans saw her and Brittany cutting Buddy’s hair. Well, Courtney might be getting Buddy’s kisses right now, but Whitney also gets some TLC.

Soap Dirt spotted a post by Whitney where she shared that her cat Henchi gives her kisses and cuddles in Greensboro. She moved back there recently from Charlotte. The photos revealed her in a loving embrace with her kitty cat. Well, everyone knows that pets bring comfort to the grieving and love for those who suffer loss and heartbreak.

Help Guide explains that “pets bring a lot of benefits to those who suffer in life. add structure to your day,” and “keep you active and social.” Plus, they “help you to overcome setbacks and challenges in life.” Furthermore, they also and “provide a sense of meaning or purpose.” Since Chase broke up with Whitney Way Thore, clearly she could use all of those benefits from her special cat.

Fans hate on Chase because he broke Whitney’s heart

MBFFL fans troll on Chase Severino a lot because he broke the TLC star’s heart. But Whitney wants that to stop. In fact, she repeatedly says she won’t stand for that sort of thing. In December, she told people to stop being “jerks” about it. She also told people off as they don’t really know her or Chase. And she added, she doesn’t even want to hear that sort of talk from her “dog” or from her “cat.” Well, Whitney Way Thore gets kisses from her cat right now. So clearly, Henchi never trolled on anyone.