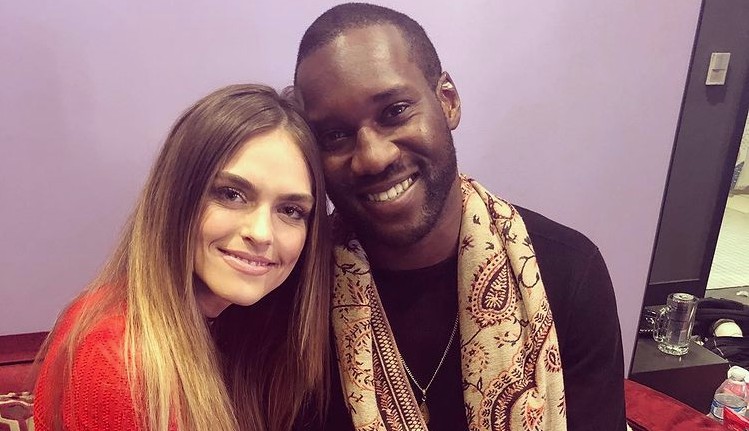 Bachelor Nation took a big hit today as two relationships have been revealed as over. First, fans learned Bachelorette Clare Crawley and Dale Moss decided to go their separate ways. Now, The Bachelor: Listen to Your Heart couple Bri Stauss and Chris Watson also announced their relationship is done. What went wrong?

E! News shared the news as they received an exclusive statement from the separated couple. Bri and Chris issued a joint statement. They said, “With deep admiration and respect for one another, we have decided to end our relationship and go our separate ways. We will always look back on our journey with deep fondness, and will continue to support each other both personally and professionally.”

However, it appears Bri and Chris may be trying to keep their professional relationship afloat. They said, “We look forward to sharing more updates with you all as we navigate our future making music together. Thank you all for your love, support and privacy.”

Bri and Chris did not indicate at this time what exactly went wrong in their relationship. However, it appears they did spend the New Year apart. Chris shared photos at the time which did not include Bri. He shared photos of his family at the beach bringing in 2021.

Bri and Chris were together from the very first night of The Bachelor: Listen to Your Heart. They fell in love, won the show’s competition and went on to release two albums together. The first featured a few original songs, as well as, some covers. They then released a Christmas album this holiday season. Their hope was to brighten the holidays after a tremendous year for so many.

Turns out, they too were having problems. Bri credits the show for allowing her to have an amazing 2020. Many of her dreams came true. However, it turns out Chris isn’t her forever.

Their website talks about how they met January 25, 2020. They loved finding someone who shared their love for music. As the show went on their relationship got deeper. Following one of their first performances, Bri told Chris she loved him. From there their feelings only got stronger.

Now, nearly a year after first meeting, they decided to part ways romantically. So far neither Chris nor Bri have commented on their split on social media.

Stay tuned for more updates on all your favorite Bachelor Nation stars.