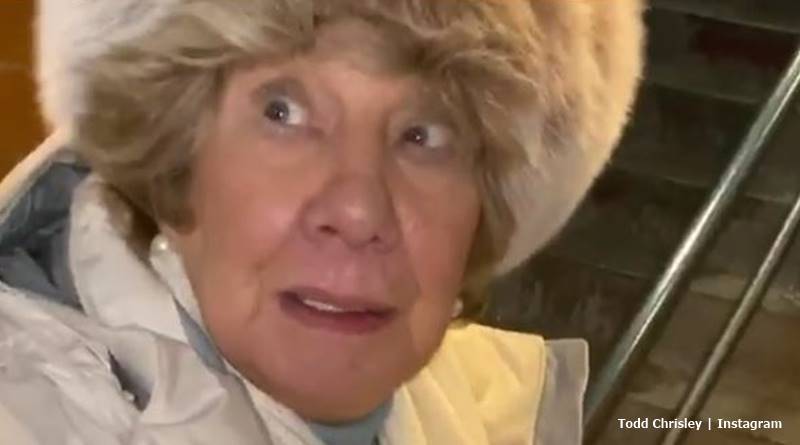 Nanny Faye Chrisley is feeling like a “sexy kitten” with her fresh look.

“Listen. This makes me feel like a ‘sexy kitten.'” Nanny Faye Chrisley declared in a short video on Instagram.

The video featured Nanny Faye rocking a fresh look. Her fresh look included a lengthy blonde wig. The dirty blonde wig was parted in the middle. Straight, wavy hair framed around her face as it flowed down her shoulders. She rocked a lavender colored sequined outfit with a thick black twisted pearl necklace around her neck.

Can she get a boyfriend with this new look?

The video clip transitioned to Todd and Julie Chrisley reacting to Nanny Faye’s new look. Both busted out in a fit of laughter. Not sure how they felt about the saucy new Nanny Faye.

She, however, wasn’t too bothered by their reaction. In fact, she thought this new look of hers might be just what she needed to finally get that boyfriend.

As those who follow the family know, Nanny Faye has wanted a boyfriend for a little while now. She even recruited Chase to make her a dating profile to try and get a boyfriend online.

Sitting on the couch with Savannah, Nanny Faye rocks the same wig and makeup with a different outfit. She declares she understands the desire to go incognito. Savannah Chrisley is unable to contain her amusement with her grandmother as she waits to learn why.

According to Nanny, she is getting loads of attention because of her new wig. The attention and wig makes her feel like a new person. “No more boring Faye.” She adds.

Savannah Chrisley was quick to point out that Nanny Faye has never been a boring person.

Todd warns his mother not to be trampy

Todd Chrisley issues his mother a bit of caution over her fresh look. He warns she’s dangerously close to crossing the line into being trampy with this fresh look.

Nanny Faye Joins A Dating App To Get A Boyfriend, Chase Chrisley Helps

Nanny, however, insists he’s mistaken. She’s not feeling trampy. She’s just feeling new and fresh. Moreover, she could care less what her son thinks about her new style.

What do fans think of this new look?

The video has been viewed over 150,000 times on Instagram with nearly 1,000 comments inside of 24 hours. Wondering what fans think of Nanny Faye Chrisley’s fresh look? So, were we. Here’s what they are saying in the comments. 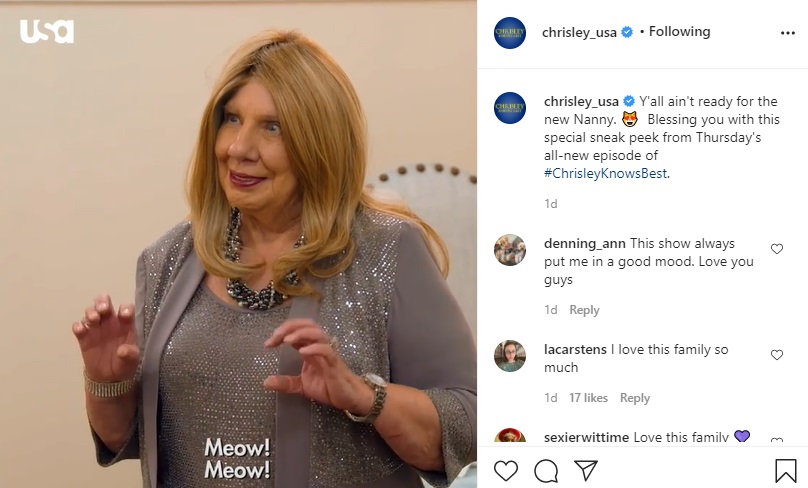 Are you looking forward to new episodes of Chrisley Knows Best? What do you think of Nanny Faye’s fresh look? Share your thoughts in the comments.

‘General Hospital’ Recast Leak – Who Is Next In Port Charles?
Duggar Cousin Amy King Urges Anna To Stop Being Silent & Tell Her Story
Paris Hilton Joining ‘RHOBH’ Would Be ‘Hunky Dory’ With Fans, But Will She? Kathy Spills All
‘B&B’ Spoilers: Eric Forrester Does The Unthinkable – Proves He Is DONE!
Isabel Roloff Shows Off Baby Bump In Skintight Dress: ‘Hot Mom Summer’