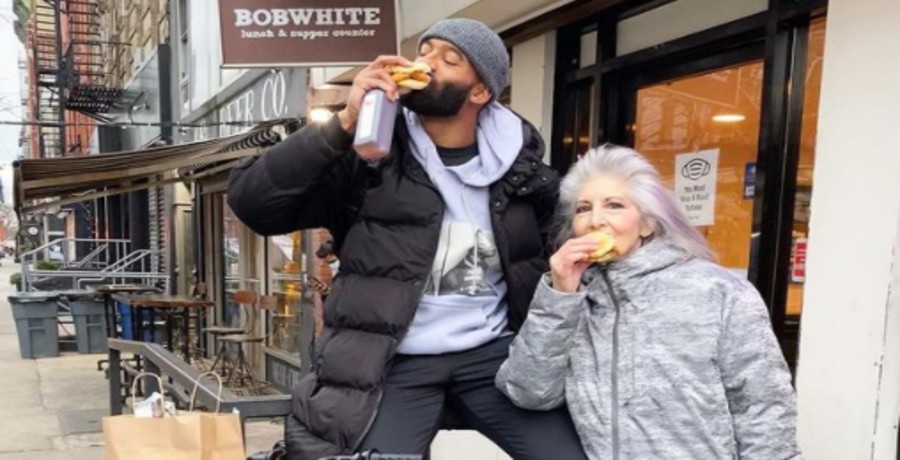 Matt James stopped by Bryan Abasolo and Mike Johnson’s podcast to talk about many different things. One of the things he discussed was something that almost became a deal breaker. Mike asked “how often can you get a haircut.” Mike said when he was considered he thought about that.

Matt said it was almost a deal breaker because he told production, “I will look unkempt after a week so I need someone who knows how to cut my hair there.” He said they got him a barber. He needed it.

Matt James said when he and Tyler Cameron moved in together, it was into a shoe box. There were times they’d stay out really late because they just didn’t want to go home. He said that was how sad his apartment was when they started living together. Mike mentioned he liked to sleep on a bean bag. When Mike and Bryan asked him about a pet peeve for Tyler, he said it was that he was so social.

He told them he always got pulled into something with Tyler, because he is so social there’s always something going on. Bryan asked him what it was like dating thirty-two women. Matt said, “it’s humbling man.” He went on to say each woman has an incredible story and he didn’t think women like that were single. He was blown away and kind of felt less then sometimes, and unworthy.

He Answered A Few More Questions

When asked if he preferred boxers, briefs or commando, the Bachelor was very clear. Matt James said, boxer briefs. You have to have the support or your junk is flying all over the place. The commercial real estate agent added that sleeping naked increased testosterone.

Matt said Mike visited him and gave him some advice when he found out he had the lead. Johnson told him as a friend he needed to work out more. Mike told Matt, “your neck is too skinny.” He said immediately he gained fifteen pounds and started lifting heavy. When asked his favorite body part on a woman, he said lips. He said the biggest turnoff for him is someone who lies.

This Season Is Really Bringing The Drama

Obviously, Matt James has already had a dramatic season. He just lost one of his top contenders, Sarah, who went home on the last episode. She couldn’t handle the pressure. It was obvious that upset Matt and the episode ended right after that moment. The women are already fighting in week three and previews show new women are going to join. The Bachelor airs Mondays on ABC.

What do you think of Mike Johnson’s advice for Matt? Are you pulling for one woman on the season yet? Comment with your thoughts below.