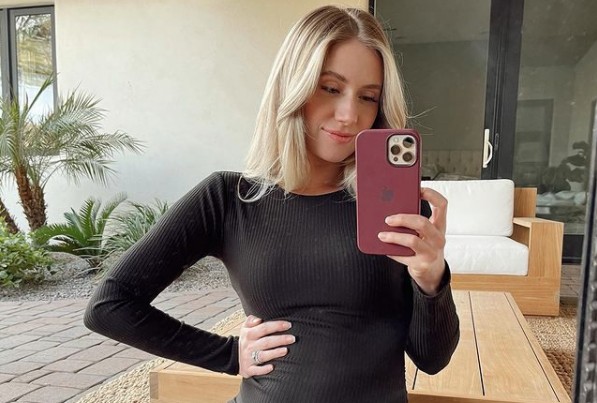 Fans have been excitedly following Lauren Burnham’s pregnancy. She and Arie Luyendyk Jr. announced in late 2020 they are expecting twins. She hinted last week that perhaps she and Arie had seen the babies gender during their most recent sonogram. Since then, many have been anxiously awaiting the gender news. It’s here!

Both Lauren and Arie went to Instagram to share the huge news of their twins gender. Lauren and Arie shared photos of their little family. She, Arie and daughter Alessi were smiling and holding pink and blue cotton candy. Lauren captioned her photos, “Alessi is getting a baby BROTHER & a baby SISTER💙💗 we couldn’t be more excited!”

Arie also shared the photos. He said, “BOY! GIRL! How did we get so lucky @laurenluyendyk?! So excited to meet the @luyendyktwins ❤️❤️.”

The three of them looked adorable and incredibly happy in the photos. The posts were immediately flooded with well wishes from followers. 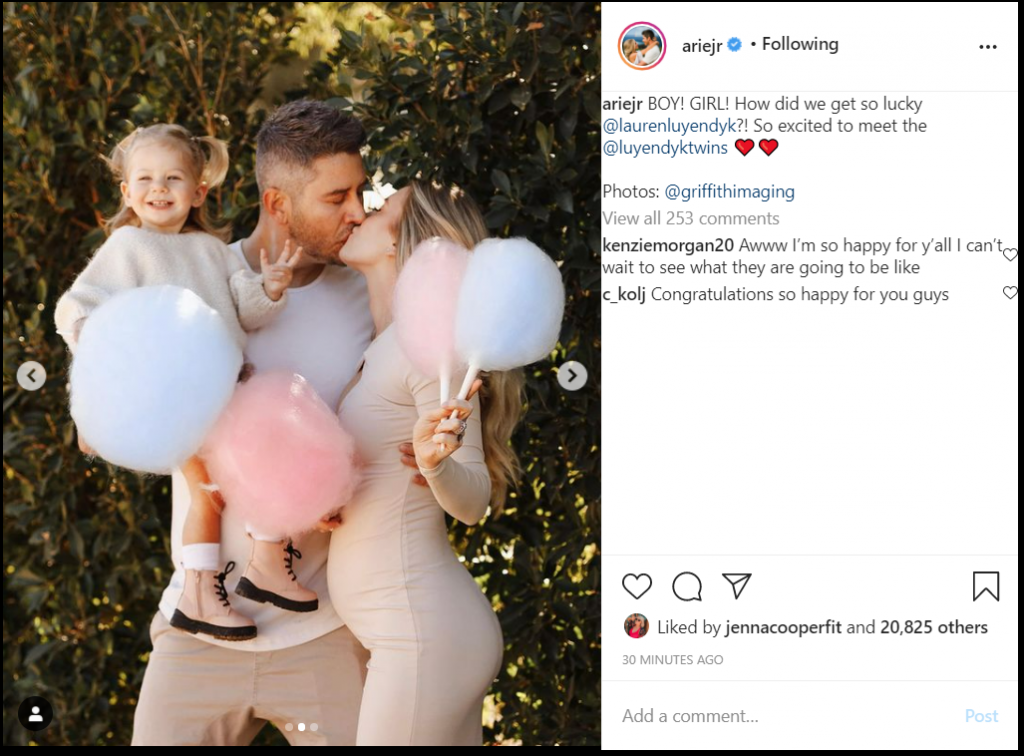 Lauren and Arie announced she was pregnant with their rainbow baby in December 2020. They had been trying to conceive following her miscarriage earlier that year. Speculation had started that perhaps she was expecting when a photo surfaced online of her with friends. All of them were pregnant. She denied it, but now as it turns out she was pregnant too.

After announcing the pregnancy, they waited a few days to throw in that they forgot to mention they are having twins. They have already set up an Instagram account for the twins to look back at someday. Plus, fans love following Lauren’s pregnancy.

She and Arie recently shared a 16 week update. The twins are due right around July 3, 2021. Lauren hit her 4 month mark this week and they documented it on the twins Instagram. Arie shared their latest post. He said, “This week you’re each the size of an avocado and we read that you’ll be able to start hearing us soon! I’ll make sure to talk to you often and fill you in on what’s happening out here, everyday is an adventure let me tell you.”

He went on to say, “This week for example we are taking care of a little doggy and she gave birth to 5 puppies! It’s good practice for Alessi and she’s learning more and more what it takes to be a big sister. By the time you two are here she’ll take great care of you 🙂 Okay well time for dinner and your Mom is HUNGRY, you two sure eat a lot in there! xoxo Dad.”

Fans are ecstatic for Lauren and Arie. Congrats to them both on their twins. Their growing family is simply adorable.