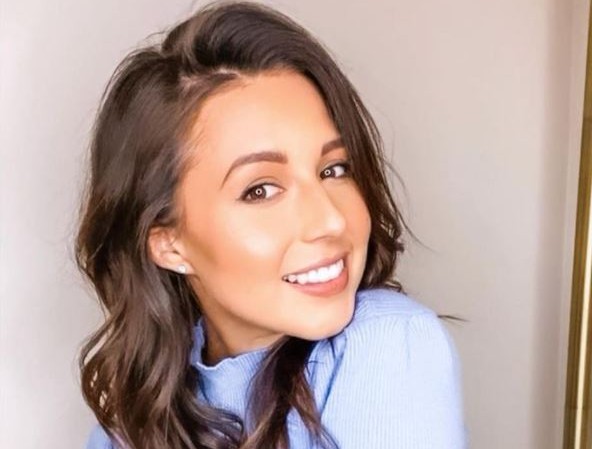 Katie Thurston had quite a following on TikTok before she was everyone’s favorite entrance on The Bachelor. Always open with her sexuality, this week’s date where they wrote their love stories with Matt was right up her ally. Some of the ladies left  things to the imagination. Katie and Victoria’s stories made the sensors work hard.

The Seattle resident gained an audience during quarantine when she said she’d let a ghost make it with her. People loved her for her honesty. After she became famous, she would go live with her followers and offer romantic advice. One follower said, “can’t wait until you go live rocking a onesie while chugging a beer and espousing relationship wisdom.”

Katie Thurston Thanked Those Who Supported Her Before

Katie Thurston started her message by saying this is for those of you that were here before I was on The Bachelor. She said, “you encouraged me to be 100% myself.” Katie told fans when she took that advice, her life got better. Katie told them thank you and she’d be back as soon as her life slowed down.

The thirty year old said, “I feel like I’m living a double life these days.” One of her followers said, “our little rising star. Don’t worry about us; we’ll see you shining in the night sky always.” Another said, “we were here before the plane ride TikTok.”

She Stood Up For Herself Already On The Show

Katie told her it wasn’t cool and continued to interrupt Sarah over and over. Bachelor nation loved her a little bit more. Later in the episode when Sarah told her about her father being sick, Katie cried with her and told her she lost her dad in 2012. The episode ended with Sarah Trott leaving the show because she didn’t want to deal with the pressure. Katie tried to stand up for her with the other girls after she heard what truly was going on.

Before the episode aired she posted on Instagram and said, “communication is key and we are about to let it all out on Monday.” One fan said, “Why do I get the feeling that we have only brushed the tip of the drama that is this season.”

Make sure you tune in Monday nights on ABC for Matt James’ already drama-filled season. Katie’s been busy with press having recently gone on the Bachelor Happy Hour podcast. What do you think about how Katie handled Sarah’s situation?

‘LPBW’: Check Out Isabel Roloff‘s Very First Baby Bump Picture!
’90 Day Fiance: The Other Way’ Spoilers: Did Ellie & Victor Break Up?!
Wait, Why Was Jeremy Vuolo Silenced On TikTok?
At Eight Months Sober, Chase Chrisley Celebrates Home Ownership
‘The Young and the Restless’ Spoilers, August 2-6: Phyllis Gets Everything She Needs