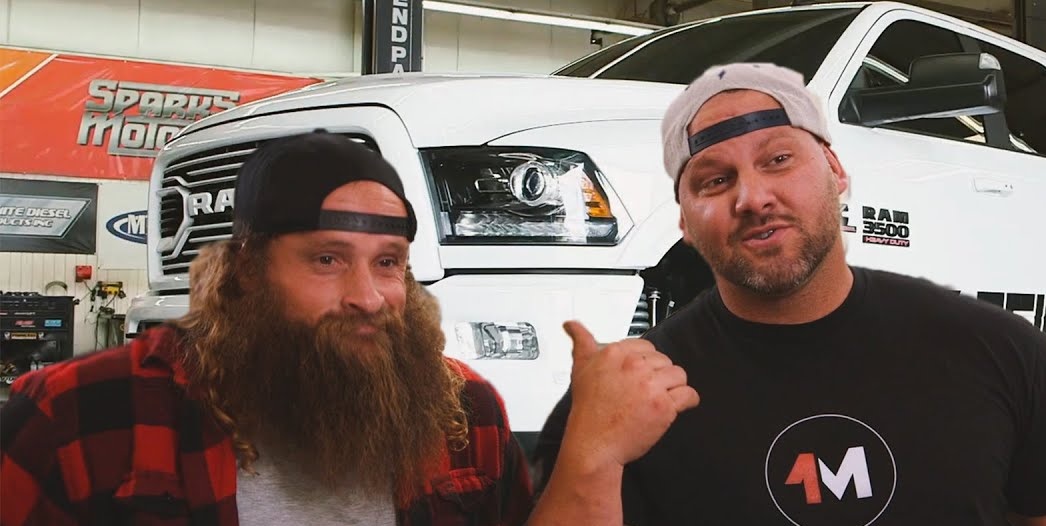 Discovery Channel picks up Diesel Brothers for another season

Diesel Brothers have been a part of the Discovery Channel network for seven seasons now. Fortunately, we aren’t done watching monster truck builds and insane stunts just yet. Heavy D and Diesel Dave will return for another season. Wondering if you can trust this news? Well, it was Heavy D that broke the news on Facebook! He confirmed Discovery picked up Diesel Brothers for another season. Likewise, he confirmed fans could expect the new season sometime this year. He, however, didn’t give an actual premiere date. 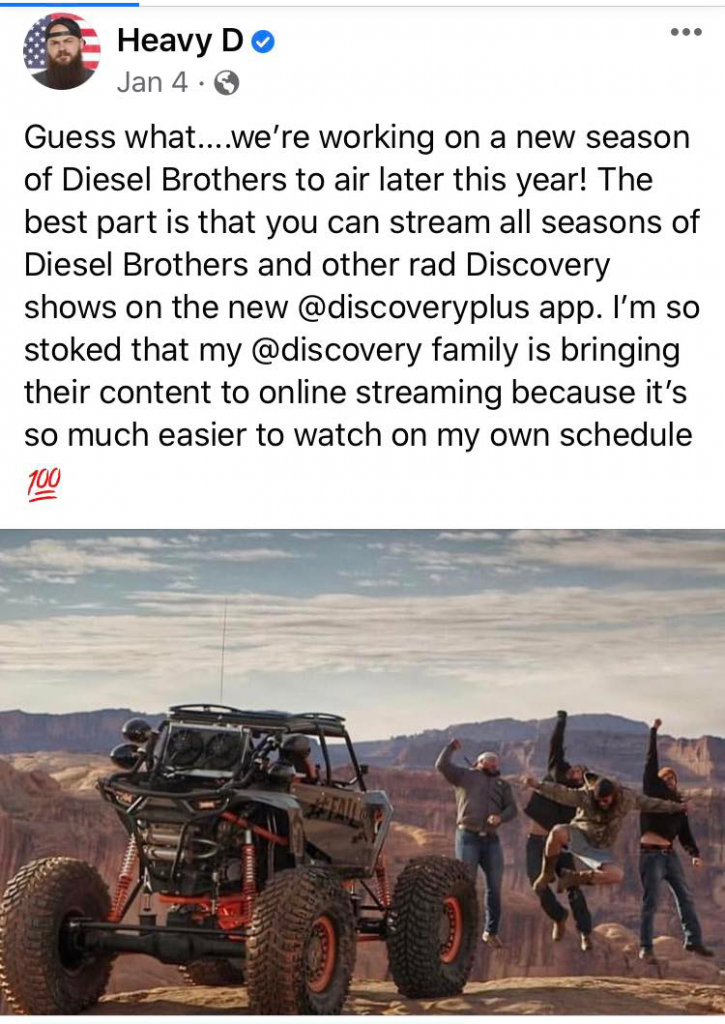 Heavy D did offer fans a little more than just teasing a new season of Diesel Brothers. He also told fans there is an easy way to watch old episodes of the series. His Facebook post pointed fans in the direction of how to stream the past seven seasons of the show as we wait for the new season.

So, how do you watch past episodes of the series?

“The best part is that you can stream all seasons of Diesel Brothers and other rad Discovery shows on the new @discoveryplus app. I’m so stoked that my @discovery family is bringing their content to online streaming because it’s so much easier to watch on my own schedule,” Heavy D penned in his Facebook post.

Being part of the Discovery Channel network, it isn’t too surprising the past seven seasons are available in the streaming service.

Fans react to the news, ready for a new season

The news was shared nearly 300 times with nearly 300 comments and over 4,000 reactions. Fans were thrilled to learn they would get another season of Diesel Brothers. Excited, fans hoped the season would be longer than past seasons. Unfortunately, the series is notorious for having rather short seasons with just four to six episodes per season.

A few fans also pointed out a few series of the series is available for streaming on Hulu as well. Likewise, there were some who admit they follow them on YouTube. A few even said they prefer their YouTube content to their Discovery Channel episodes.

What has Heavy D and Diesel Dave been up to?

Heavy D is very active on social media. Likewise, they maintain a pretty active YouTube channel. So, it is pretty easy to stay up to date on what they are currently up to. According to Hot Cars, they recently staged a pretty awesome helicopter race.

Unfortunately, we really don’t know much of what to expect from the new season. Likewise, we don’t even know exactly when the new season will be coming out. But, we are happy it is happening. And, we’ll keep you updated when we know more!