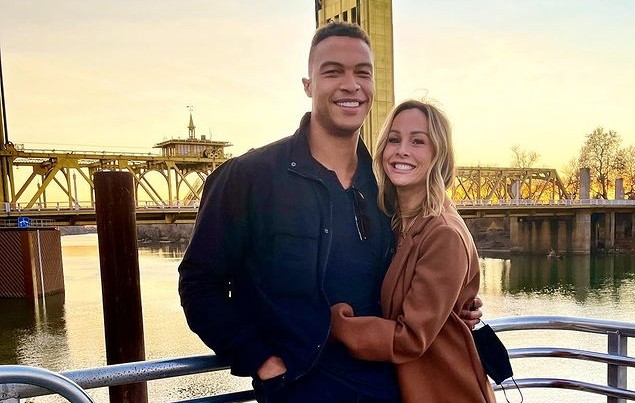 Until now it was just a rumor that the romance between Dale Moss and Clare was over. Now, Dale is confirming their split. Bachelor Nation had high hopes for these two to make it last especially with all her slips calling him her husband. Clare herself said numerous times she could see forever with Dale. However, their hurried romance sadly didn’t survive.

Dale Moss speaks out on split from Clare Crawley

It seems just a few short weeks ago that Clare and Dale were planning their future together. They were house hunting, furniture shopping and getting to know each other’s families over the holidays. Now, after a week or so of rumors there was trouble in paradise, Dale has confirmed the breakup.

Dale went to Instagram to officially share the news. He said, “I wanted share with you all that Clare and I have decided to go our separate ways. We appreciate the love and support we’ve received from so many people, but this is the healthiest decision for both of us at this time.”

He continued to talk about how they both were taught by their families to be true to themselves and to lead with love.

Clare has yet to speak up about their ended engagement. 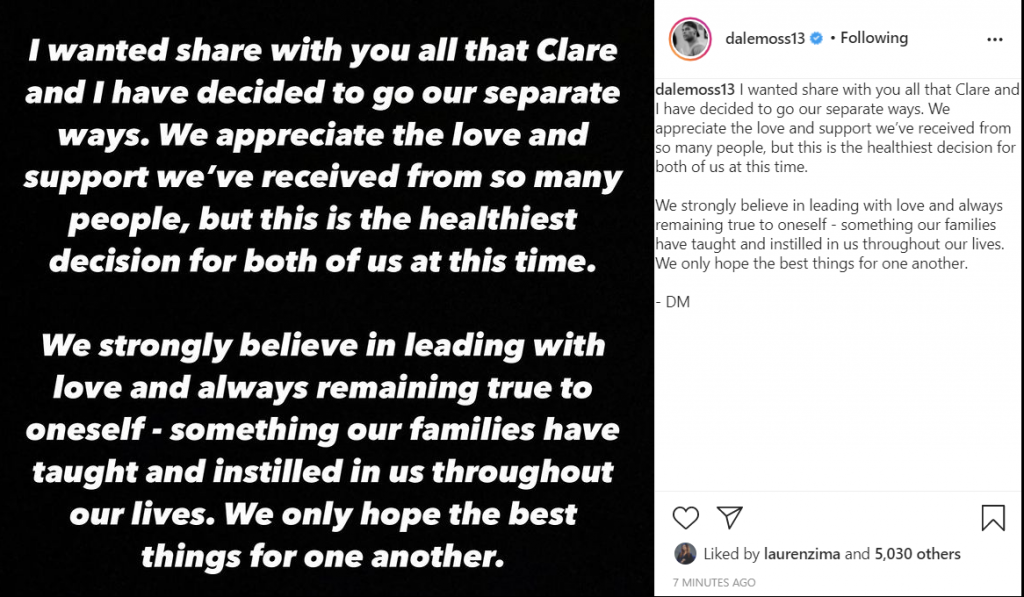 Clare met Dale during her short stint as The Bachelorette. When he stepped out of the limo she instantly said she felt as though she had just met her husband. The two hit it off and she longed to spend more time with him. After just two weeks into filming, Clare acknowledged that Dale was all she wanted. He proposed and they appeared to be very happy and in love.

Today, a source shared with E! that Dale and Clare were not getting along. There was reportedly a lot of tension between over. He wanted to live the big city life and she wanted to stay near her mom in Sacramento. In the beginning, Clare said Dale understood her need to be close to her mom. These two were even talking babies and the future. Many speculated they had even secretly married.


Now, it’s all over. Less than six months into their forever, they called it quits. Fans hoped these two would make it work out. Now, Clare suffers from a broken heart once again. Will she ever find who she’s meant to spend forever with?

Thoughts go out to Clare and Dale. Stay tuned for more updates.