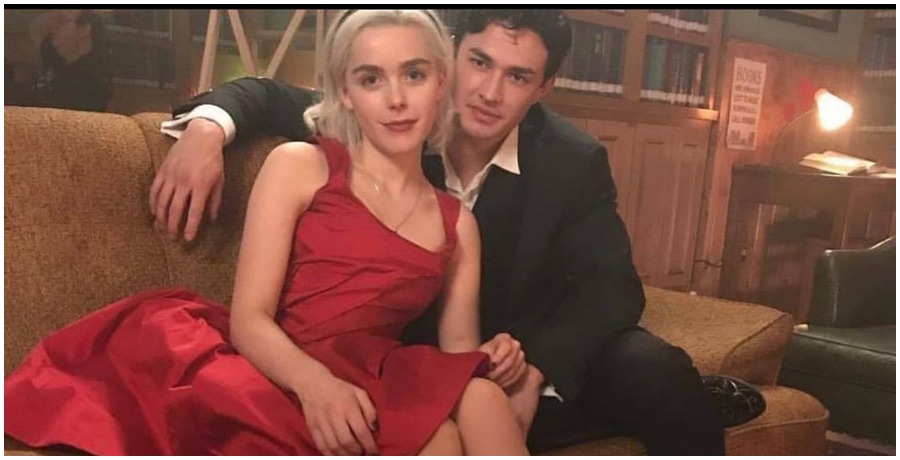 Netflix’s Chilling Adventures of Sabrina came to an end in December. The fourth and final part of the series began streaming, and fans eagerly binged the episodes. However, fans had some strong opinions after finishing the series. Warning: spoilers below.

During the final part of the series, Sabrina and her friends fought off the darkest evil of them all, The Void. The evil was a nothingness that consumed anything in its way. When Sabrina found a way to consume it, it lived inside of her.

Chilling Adventures Of Sabrina has a controversial ending

Finally, the gang decides that it’s time to get rid of The Void once and for all. The group makes a plan to drain Sabrina’s blood. Sadly, that plan doesn’t work properly.

Sabrina died before she even got to finish high school. All of her friends and family gathered at her funeral. A statue is erected at the school of witchcraft in her honor, and life goes on.

Sabrina is seen sitting her own little slice of the afterlife in the final scenes. She enjoys some quiet time as she’s joined by a visitor. Her boyfriend, Nick shockingly reunites with her.

She immediately knows that his presence means that he’s also died. He then tells her that he went swimming in the Sea of Sadness and drowned. Nick implies that he killed himself to reunite with Sabrina, and the two cozy up together in their eternity.

This ending shocked and surprised many Chilling Adventures of Sabrina viewers. Some were unhappy about Sabrina’s death. However, actress Kiernan Shipka is offering a bit of insight into the finale.

when someone talks while CAOS is on pic.twitter.com/SZgyHQVnt3

“I was very surprised. I think I sort of had the same mentality as everyone else, which was Sabrina can’t die. She is Sabrina. She can’t die. And then I was like, ‘Oh, there’s no more pages. I think that’s it.’ But it’s a dramatic ending,” Shipka says to Entertainment Tonight.

However, Kiernan claims that the ending may have been a perfect tribute to Sabrina after all.

“At the end of the day, I think that what it represents is she is truly a selfless soul, and she sacrifices herself for the greater good which is very hefty. And I think it hit me emotionally quite a bit. It’s not an easy ending to just digest. There is a lot of meaning and impact behind it and how we wish to read into that. But above all else, I was completely surprised,” she adds.

Sadly, one things fans didn’t get to see was much of the aftermath of Sabrina’s death. What became of Harvey, Roz, Theo, Ambrose, and the others? We may never know.

Meanwhile, all four parts of Chilling Adventures of Sabrina are currently streaming on Netflix.