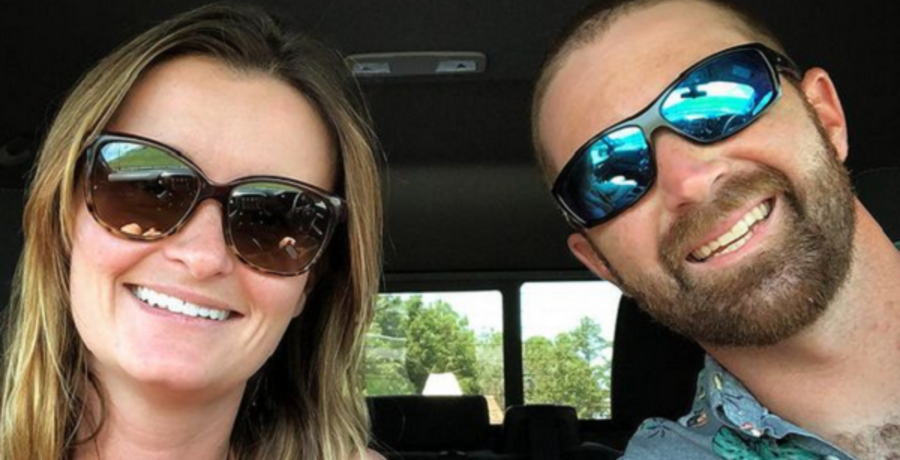 Below Deck Med alum Tiffany Copeland has gone through a lot of changes. The third stew hooked up with Chef Ben Robinson on Season 1. But she has since taken the job seriously and made her way up the ranks. Most former crew members have switched careers or changed their lives since appearing on the show.

And the same goes for Tiffany. In October 2020, she got married and settled down. Her days of flirting with chefs are long over. Now, she’s adding a new title to her resume. Tiffany shared some exciting news with her followers on social media.

Tiffany Copeland is pregnant with her first child

The Below Deck Med stew announced her pregnancy. She first took to Instagram to share the happy news on Sunday, January 10. Tiffany shared a photo of two baby onesies that featured a logo for the Pittsburgh Steelers. “Here we go,” she teased in the caption, also tagging the NFL team. Tiffany is expecting her first child with her husband Evan Jones.

Then, she confirmed the pregnancy news with another Instagram post on Saturday, January 16. The photo featured the Guess Who? board game along with pieces that featured photos of herself, Evan, and their family members. One piece in the right-hand corner read, “New Baby.”

“Guess who is having a baby?” Tiffany announced in the caption. She also teased her baby’s due date by adding, “See you in the summer!”

Tiffany’s life changed since Below Deck Med Season 1. She’s now married. She tied the knot with Evan Jones in a small, intimate ceremony on Saturday, October 10, 2020. The yachtie shared several photos from the ceremony.

Just a few days later, she announced the news, writing, “Mr. Jones and me.” The reality star posted a photo of the newlyweds sharing their first kiss as a married couple. Tiffany revealed that they wed at Taylor Ranch, a venue located outside of Asheville, North Carolina. Several Below Deck celebrities congratulated the happy couple.

Meanwhile, Below Deck Med new mom Hannah Ferrier wrote, “Amazing!! You looked breathtaking my love. I have shed so many tears watching the videos. Love you so so much. Miss you x.” While the two didn’t get along during their season, they have moved passed the drama and forged a friendship.

Tiffany is a huge Below Deck fan

Tiffany has since left the yachting industry for the farming life. She often shares photos of their farm on social media, which includes their beloved golden retrievers. But she’s still a fan of Below Deck and Below Deck Med. She was watching the moment that Evan proposed to her.

However, it wasn’t the moment he initially planned. But those yachtie days are behind her. Now, Tiffany is preparing for motherhood. The couple will become first-time parents sometime this summer.

‘When Calls The Heart’ Season 8, Episode 2 Preview Shows Elizabeth Getting Back To Work
Dale Moss Asks For Prayers For His Furry Friend
Is Janelle Brown The Only ‘Real’ Wife In Kody’s Life?
‘The Voice:’ What To Expect From Season 20, Episode 1 And When Does It Air?
Is Kim Kardashian Back To Her Old Self After Kimye Divorce?