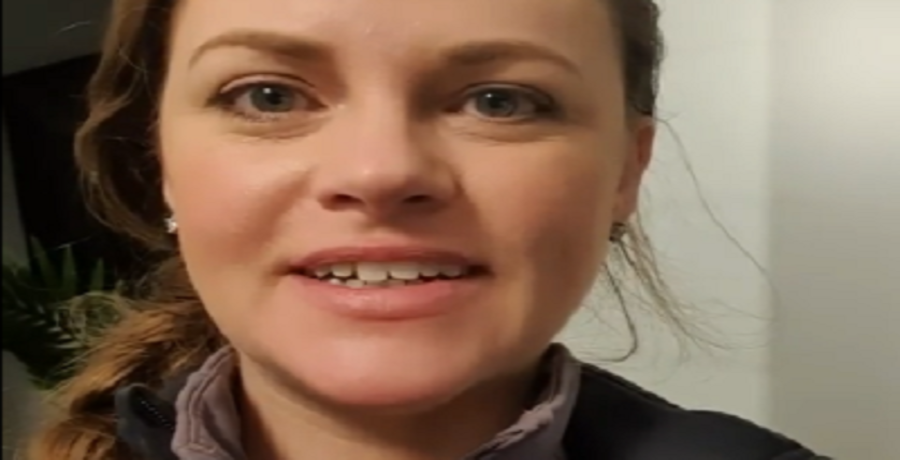 Below Deck Season 8 star Chef Rachel Hargrove does not have any regrets. She made her big debut with much fanfare and some backlash. Rachel infamously told Captain Lee Rosbach to “Eat my c***er.” She uttered those words before quitting her job in the middle of a preference sheet meeting.

Rachel didn’t like the upcoming charter guest’s food preferences. The guest had a long list of preferences, which spanned over two pages. But Rachel doesn’t have any regrets about that moment. Instead, she’s making money off her controversial comment.

Fans loved the phrase and they want more.

In an interview with Entertainment Tonight, Rachel Hargrove revealed that she’s profiting off her infamous comment. The Below Deck newbie seems happy about her new money-making venture. She is making as much money as she does on the yacht.

“I just paid the rent with Cameos telling people to eat my cooter!” she said with a laugh. “Who knew?! I reached down in the depths for that one. I dusted it off and went, here you go.”

Rachel’s colorful and catchphrases made her a fan-favorite of the Bravo series. But she never left after that preference sheet meeting. Instead, she returned to the yacht within 24 hours later. She even asked Captain Lee to allow her to finish out the season.

“I didn’t really want to leave Captain Lee hanging,” she explained. “I just needed a breather and needed to walk off and take a second. Especially for everything that was happening to process it. That was one of the craziest sheets I’ve seen in my life. And then, I’m running as a sole chef? But it really was, I didn’t want to disappoint him.”

Below Deck star has no regrets

Rachel admits she has no regrets. She claims there was more going on that influenced her decision in the moment. For example, the Below Deck Season 8 cast just heard about the coronavirus pandemic. Rachel’s then-boyfriend, Vicenzo, lived in the midst of it all and gave her updates.

“It’s a lot of stress when you got all those cameras in your face constantly,” Rachel explained.

The reality star made it clear when she broke the fourth wall. Rachel told the camera crew to find their “hounds,” meaning the production team. She then flipped the bird before going to her cabin to pack. Rachel’s temporary leave didn’t go over well with Bosun Eddie Lucas.

He has shared his frustration with Rachel leaving the team hanging. Rachel thinks Eddie should’ve told her how he felt. She had no idea that he felt that way about her since he never mentioned it. Despite the backlash, Rachel says she owns who she is.

That includes her alcohol-infused antics that appear during the crew’s nights and days out. In the most recent episode, Rachel crashed a performance at a beach club in order to sign with the house band. She explained that she “acts out” to get some time away from the crew.

“I’m not one of those people who backtrack and try to go, ‘Oh, I didn’t do that…’ Meanwhile, there are eight cameras in your face and seven up to the ceiling,” Rachel exclaimed. “So it’s like, you know, OK, no. I’m gonna own it. It is what it is.”

Rachel feels that her first season is a good one. She has since made friends on the show. And she proved her worth as a chef. She’s even willing to return for a second season.