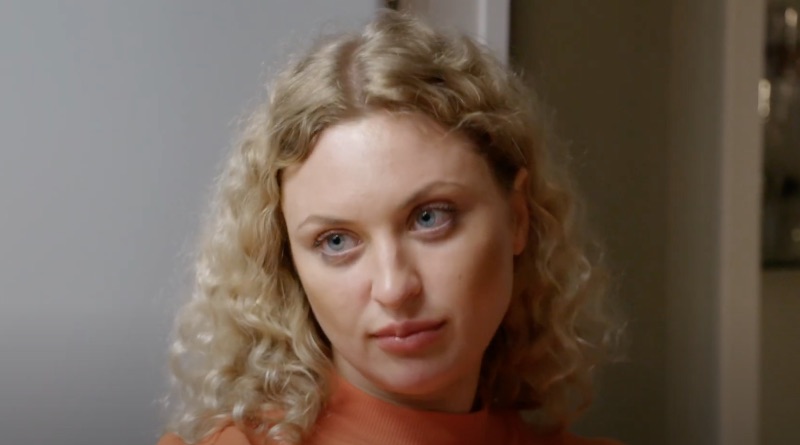 90 Day Fiance spoilers say Natalie Mordovtseva and Mike Youngquist tied the knot – but it turns out this isn’t Natalie’s first time down the aisle. Pics making the rounds online reveal her previous husband.

Mike Youngquist and Natalie Mordovtseva deal with a lot of drama in their relationship on Season 8 of 90 Day Fiance. At this point in their storyline, they have to decide whether they want to get married and officially tie the knot. But based on the latest tea from Instagram page 90 Day The Melanated Way, it looks like Natalie walked down the aisle before.

Leaked pics show Natalie Mordovtseva with her previous husband. Based on the latest tea, her former husband is from Cyprus – an island country in the Eastern Mediterranean. In addition, it seems the former couple lived there while they were married. And allegedly, she left him when he filed for bankruptcy – and moved back to Ukraine.

Viewers Fed Up with Natalie’s Behavior

Mike Youngquist and Natalie Mordovtseva had problems in their relationship even before she landed in Washington state to begin her 90 days. And in the last few episodes since her arrival, things seem to go from bad to worse for the pair. Natalie makes a lot of comments that rub both Mike and viewers the wrong way. And a lot of viewers are open about their dislike of her.

Recently, a 90 Day Fiance fan commented on Natalie Mordovtseva’s ex and Mike Youngquist having “dead eyes”. The user further joked that perhaps she “kills them slowly from the inside out”. Certainly, it’s normal for all foreign cast members to go through an adjustment period in a new country. But some of Natalie’s behavior rubs watchers the wrong way.

The pair really got into it over Natalie Mordovtseva’s “low class” comment. And Mike really went after her for the way she puts herself on a pedestal – seemingly above everyone else. In Natalie’s mind, she and Mike don’t respect each other. But according to many viewers, she needs to change her behavior.

Meanwhile, even with all this 90 Day Fiance drama going on for the pair, spoilers say the couple married after all. With everything going on in current episodes, that may be hard to believe. There seems to be an argument around every corner for this couple – and moving to America seems to have made things even worse for the duo.

Still, with news of their marriage confirmed, it’ll be interesting to see if they last for the long haul. Natalie allegedly ditched her previous husband after he went bankrupt. And whether she does something similar to Mike at some point down the line is certainly something to watch.