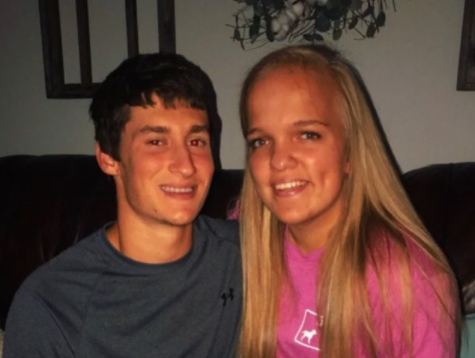 Sneek Peek! Elizabeth Johnston has a new boyfriend and she’s taking him to meet her pals. Will her new beau get their approval or will they tell Elizabeth to give him the boot? Why are her pals giving her new Beau the third degree? Read on to get all the juicy details about tonight’s upcoming episode.

The eldest child of the Johnston Family, Elizabeth Johnston, has had to go through a lot of first on camera during the first few seasons of the show. In fact, just last season, fans watched as the then 18-year-old went through her very first break up on-screen with her previous boyfriend, James.  The ordeal was devastating for the teen whose relationship ended via a text message on national television.

After taking some time to wipe off the dust, Elizabeth is back in action! The young TLC star has a new man in her life and things seem to be going well for the pair of them. Unfortunately, not everyone is onboard 100%.

According to People, tonight’s episode of 7 Little Johnstons features Elizabeth taking her boyfriend, Brice, to meet her best friends, Carol and Dacey. While they all seem to mean well – it seems Elizabeth’s besties intend to put him through the wringer before they give him their seal of approval.

Let the 20 question game begin… starring Brice! Catch it all in a new episode of #7LittleJohnstons TONIGHT at 8/7c. pic.twitter.com/1IhZra343t

Brice Gets the Third Degree

Elizabeth Johnston and her two best friends go out on a casual fishing expedition. While everything seems fun and casual, Liz’s friends take the opportunity to grill Brice with questions about their relationship. The pair asked questions like ‘what are your intentions for the relationship?’ ‘Are you going to marry her?’ and ‘How many kids do you want?’

Thankfully, Elizabeth Johnston’s new love interest just blushed and took it all in stride. Heler answs questions politely,  letting them know that he wants to finish school before he gets married. Brice also alluded that how many kids they have would be completely up to Elizabeth. We assume that last answer is taking her condition into consideration as pregnancies in those with dwarfism can sometimes be complicated.

During the whole interaction, captured in the video above – Brice looks lovingly over at his girlfriend. He is constantly smiling at her and really appears to be invested in the relationship. He did not seem bothered at all by the questions. Brice said he understood that Elizabeth’s friends just wanted to make sure that he was a good guy.

Where is Elizabeth’s Johnson’s Relationship Headed

Like any relationship on television – no one can say for certain. It seems these two are planning to stay together for quite a long while. Brice, during any interview about his feelings for Liz appears absolutely enamored with her. He gushes constantly about how beautiful she is and how he could ‘never leave her.’ In fact, Distractify reports that Brice is absolutely smitten with her and says that dating a little person is no different than dating a person of normal height.

Are you ‘hooked’ on this super-cute couple? Check back in regularly with Tv Shows Ace to get all the newest details on this Little Johnston and the others as well.