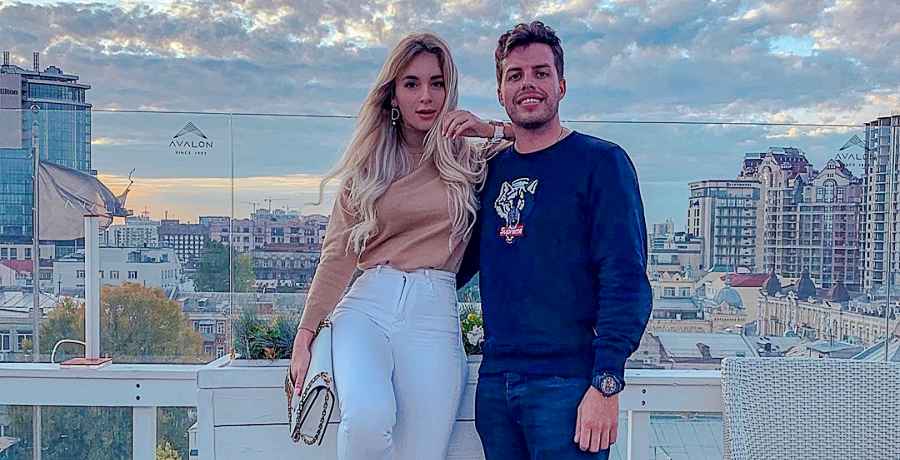 90 Day Fiance fans were shocked to find out Yara Zaya has been on reality TV before. While she looked very different, she appeared on a dating show in Ukraine. Now it seems reality TV is nothing new to her man, Jovi Dufren. He was spotted by a fan in a CMT series from 2014.

Yara Zaya and Jovi Dufren are one of the most popular couples on Season 8 of 90 Day Fiance. They have certainly brought the drama with them as they have had a few fights since the first episode of the TLC reality show. Along the way, Jovi has hinted that Yara was after a green card. Meanwhile, the Ukrainian beauty has received backlash for saying offensive things about Jovi’s hometown, New Orleans.

So far, the fights fizzle out once Jovi gives Yara an expensive gift. This is interesting, as Yara was after a rich foreign man for herself while on a dating show in Ukraine. A clip of Yara speaking about accepting a man who “beat her with a rod” for a “few million dollars” quickly went viral. As per her Instagram, Zaya also appeared on another reality show in Ukraine called Who is Against Blondes?

Fans have noted that Yara has that star quality people on TV typically have, so it’s no surprise she was on reality TV before. Admittedly, she was in her early twenties and had a totally different nose at the time!

Girl on a mission – Yara🧚‍♀️ from 90DayFiance

Now it turns out Jovi has also appeared on a reality show back in 2014. A fan on Instagram spotted him in a CMT series. In the post below by @90daythemelanatedway, a dedicated reality TV fan had seen Dufren in a show named Party Down South. He starred in Episode 2 of Season 2, titled We Gonna Fight, or We Gonna Kiss? that first aired in June 2014.

As the series was popular, Party Down South got a spinoff series, Party Down South 2. The show is said to star the “biggest, baddest and boldest personalities” south of the Mason-Dixon line.” They spend “one sizzling summer” working and partying while finding new romantic interests. The participants’ goal was apparently to have “the ultimate summer.”

Many fans commented on the image of Jovi, with one asking if the girl in the photo is Jovi’s ex that wet the bed. Another mentioned that Jovi and Mattie, a cast member of the show, seem to be friends according to his old IG posts. Yet another fan wanted to know, “Does anyone know how many 90-Day participants are members of the Actor’s/Actress Guild?”

Now fans are wondering if Dufren will mention his time on Party Down South on the show. Does Yara know about his previous participation on reality TV?

Keep up with the couple on Season 8 of 90 Day Fiance on TLC, Sundays at 8 pm ET.

Megan Fox Denies Post Claiming She Doesn’t Wear Masks Was Hers
’90 Day Fiance’: Is Danielle Jbali Partying Her Way To A New Man?
‘Sister Wives’ Star Meri Brown Gets Love From Her Daughter
Would Matt James Have Proposed To Serena P.? Fans Think So
Does ‘Below Deck’ Alum Kate Chastain Have Beef With Eddie Lucas?