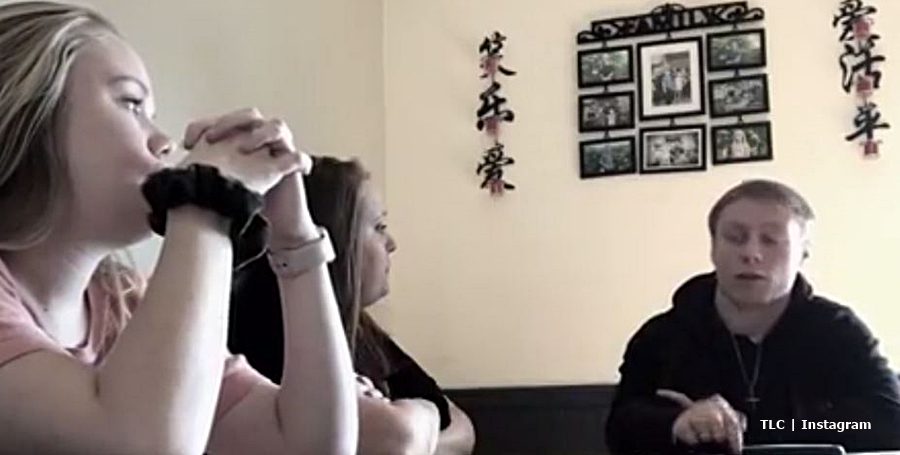 Unexpected fans see a very stubborn Reanna when it comes to Taron and visitation rights. In fact, many people think she’s just spiteful to her baby daddy. While Taron is no saint, and she claims he cheated on her, perhaps she should think about the baby. At least, her mom Jessica seems to agree she makes her choices for the wrong reasons.

Unexpected – Stubborn Reanna gets difficult, digs her heels in

We reported that the ongoing drama between Taron and Reanna seems never-ending. Possibly the problem lies in the fact that Reanna’s very young. Just 15 when she fell pregnant, fans think she sometimes acts like a kid in the playground. It’s almost as if she blames Taron for her pregnancy. But, it takes two to tango. He missed the birth of his child. She refused him entry, she said on Instagram. Plus, he worried from the beginning that he’d need to go to the courts for visitation rights.

Taron hopes that he can see his kid more than every second weekend. But, stubborn Reanna said that’s never going to happen. And, she noted she will see attorneys if necessary. Well, Taron might not love Reanna, but the Unexpected dad wants involvement in his child’s life. Not all of the TLC stars on this show step up like that. So, what motivates her? Even her mom seems a bit concerned about that.

Taron hopes for three days a week when he spends time with his child. Her mom Jessica’s viewpoint falls on deaf ears. So on in the latest episode, Taron took his mom to meet with her. He hoped that perhaps Reanna would listen to her. Meaww notes that he told his mom Theresa that Reanna won’t even update him about the baby. And when he texts her she replies with “one word.” So he felt very nervous that she refuses to co-operate once again. And his mom cautioned him. She feels it might all come to nothing as well.

Furious fans become very impatient with stubborn Reanna in Unexpected. They think Taron should stop messing around with her and just go via the courts. On Twitter, fans slammed stubborn Reanna again this week. But, they gave some kudos to her mom Jessica for making an effort. In fact, they complimented her for not being way too weird as some moms on the show seem to be.

Reanna's mom is awesome. SHE IS A NON BIAS third party even though she has every right to be bias. #unexpectedtlc #unexpected

Many fans think Taron should just forget discussing anything with Reanna. They think his only option is in the courts. One fan wrote, “Reanna is never gonna get over it. Take her to court Taron.”

Another Unexpected fan commented on stubborn Reanna. They wrote, “Reanna needs to get off her high horse, it’s not about you anymore honey, you need to think about your daughter & what she needs.”

#unexpected Reanna is the reason teens shouldn't get pregnant. Way too immature

What are your thoughts on Reanna in this custody fight? Do you think Taron wastes his time talking to her? Sound off your thoughts in the comments below.

Fans Wowed By ’90 Day Fiance’ Stars Ariela & Biniyam’s New Home
You Can Book A Stay At The ‘Welcome To Plathville’ Home – Here’s How
Did Online Hate Cause Rachel Lindsay To Delete Her Instagram?
Are Jax Taylor & Lisa Vanderpump On The Outs?
Jordan Kimball Slams Taylor Nolan’s Hypocrisy, Defends Chris Harrison