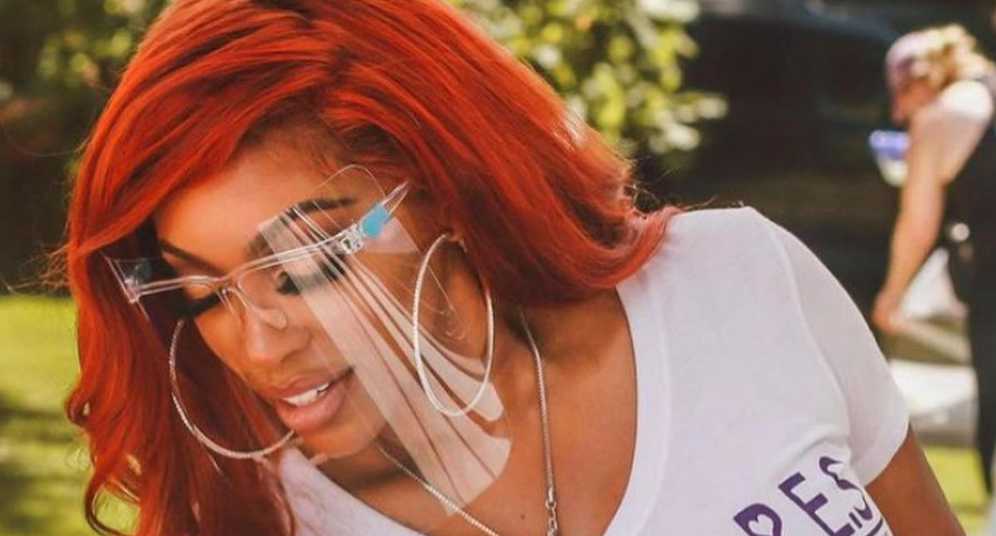 After the recent episode of The Real Housewives of Atlanta aired, Porsha Williams took to social media to repost a tweet that was throwing shade at Kenya Moore. The two reality stars do not get along most times, often, Kenya dismisses Porsha and vice-versa. And in this episode, it was no different.

During the sixth episode, the cast of RHOA participated in a charity event. The grocery giveaway was organized by Kandi Harris’ community program known as KandiCares. They planned to help single-parent families that had a hard time during the pandemic. Marlow donated $5,000 to the good cause. Kandi’s goal was to bring joy to some people in her community.

As they gave the food out, Porsha opened up that she did not want her on and off boyfriend to attend Cynthia Bailey’s wedding. At the time, Porsha and Dennis were not living together. Kenya, however, was quick to dismiss her feelings. She said, “You guys go back so much it’s hard to take you guys serious. I think if you guys are in a good place, then why not” She continued after making fun of her. “You have to be able to control yourself. You can’t expect Cynthia to.”

Porsha let her know they were not on good terms at the time, adding, “I don’t think it’s an issue.”

She spoke about Dennis during her confessional, saying, “How about no one cares. If he comes or not.” Afterward, she invited everyone on a getaway so that they could relax. The cast of The Real Housewives of Atlanta revealed they get tested every week for COVID. Kandi was all for it, saying, “I’ve been ready for a vacation. I am here for it.”

The tweet Porsha reposted reads, “The level of hate, vile, and just plain jealousy that #Kenyamoore displays against @Porsha4real is just embarrassing to watch. Perhaps if she had any real level of decency, she might have better luck in life. #RHOA #GetAlife #MiseryLovesCompany”

The activist must have felt the same way since she posted this after the episode ended. Some thought it was to get people to watch the episode. Someone writes, “Kenya is everybody’s storyline. I seriously doubt Kenya doesn’t lose any sleep at night knowing folks don’t like her. I’m sure she sleeps like a baby.”

Fans commented under an Instagram post by @realhousewivesofatlthetotaltea about the tweet Porsha reposted. One comment reads,  “Kenya has always been jealous of Porsha, nothing new.” Another said, “And this is why Kenya will always be miserable and unhappy.”

Some fans were just tired of the drama between the two reality stars, adding, “The Kenya Hate Train will always have passengers. Like Porsha is so innocent. They BOTH have said and done things to each other. Get over it.” Another writes, “I agree. Misery loves company. I just hate to see beautiful black educated women tearing each other down, period.”