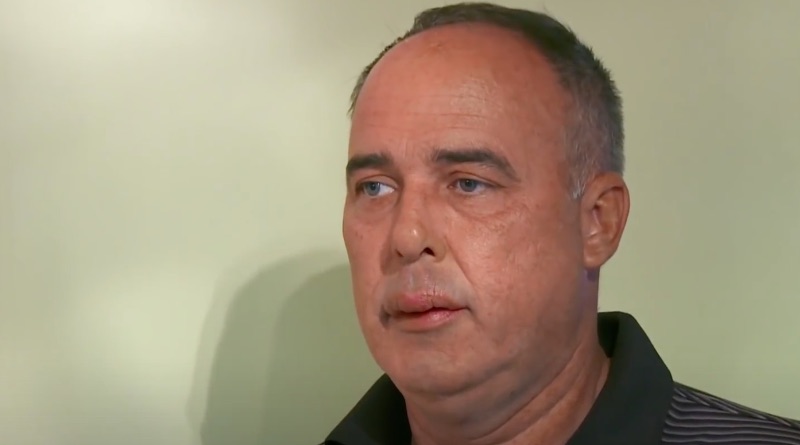 Love After Lockup cast member Scott Bradshaw recently spilled more tea on his relationship with Lindsey Downs. Viewers see things implode in current episodes on WEtv. And Scott dished on more of what went down between the pair on the spinoff.

Things hit the fan in a big way for Scott Bradshaw and Lindsey Downs on the Love After Lockup spinoff. Lindsey went through Scott’s things. And she found messages on an old phone allegedly from another woman – including explicit pics that the network can’t show.

Meanwhile, from that point forward, things went from bad to worse for the Love After Lockup pair. And in the most recent episode on WEtv, he came home to find his clothes thrown out in the yard – and a lot of papers and mail on the floor. In addition, Scott said that Lindsey’s behavior is “escalating”. And he added that it’s “not normal”.

Scott Bradshaw interacts with Love After Lockup fans regularly online. On top of that, he offers fans more insight into everything they see playing out in current episodes. And the businessman from New York recently had more tea to spill on his former girlfriend.

Scott Bradshaw said he felt “betrayed” by Lindsey’s actions that watchers see playing out in current episodes. At the same time, he added that he isn’t a “victim” in this situation. In his mind, he “took a chance” on Lindsey Downs. And even though he “truly cared for her,” a long-term relationship clearly wasn’t in the cards for these two Love After Lockup celebs.

Love After Lockup Star Not Bitter About His Experience

In the most recent Love After Lockup spinoff episode, viewers see Lindsey Downs trashing Scott Bradshaw’s office. She rips up mail and other documents. Along with that, she even empties his medication on the floor. But even after how things crashed and burned with his convict lover, Scott isn’t bitter about going through the experience.

According to the Love After Lockup cast member, he “had a blast” filming the show. Certainly, he is glad to be a source of entertainment for fans. In addition, he said he has “no regrets” about everything he went through with Lindsey while filming. So even though things implode for the couple in current content, it’s clear he has a good attitude about the whole thing.

In addition, Scott Bradshaw also confirmed that he kicked Lindsey Downs out of the house shortly after filming wrapped. And he added that he even had her arrested for destroying his property – including carving the words “F*** You” in his desk. Still, even with how everything ended between them, he wishes her the best. And he hopes she will be able to “function in society” at some point in her future.

‘OutDaughtered’: Busby Family Leaves Texas & Here’s Why
Did Briana DeJesus Leave ‘Teen Mom 2’? Here’s the Official Answer
‘Married at First Sight’: Jamie Otis Has a Travel Disaster
‘Below Deck’ Rob Phillips Reveals If He’s Still In Touch With The Crew
Carrie Ann Inaba Could Be Facing A Lawsuit From A 2019 Incident