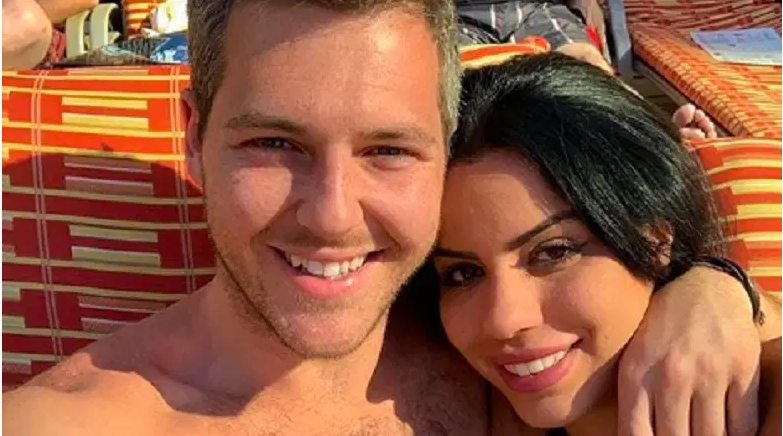 Brazilian beauty Larissa Lima revealed in a recent Q&A for fans that she and Eric Nichols are back together. The couple met on Tinder and have been on and off since March 2019. Eric had spent time with Colt Johnson, Larissa’s ex, to spite her when they broke up. The two last appeared on 90 Day Fiance before Larissa was let go by TLC for breaking the terms of their contract. Are Larissa and Eric dating again?

A fan asked, “are you Eric and you dating again?” Several articles reported Eric was the one taking care of the reality star. Larissa is currently recovering from plastic surgery she had recently. She answered,” Eric and I are officially dating again. But we will see if we live together or not since I am moving to a new place in Colorado. So we are going to see.” The 34-year-old had just moved to Las Vegas after breaking up with Eric in November of 2020.

She said, “People want to see you good but not better than them. But in Colorado, I feel I don’t need to care about those things. Vegas, to me, was good, but it is not everything.”

Larissa, who has over 700,000 followers on her Instagram, posted a story posing next to Eric. She told her followers, “Girls don’t be jealous of other women. Understand that sometimes men do…” The 28-year-old did not hide the fact he was looking at an attractive photo of another woman.

The Brazilian native shared that her social media didn’t matter when she was in surgery. The only person who looked out for her was Eric. Larissa also threw shade at her former 90 Day Fiance castmate, Elizabeth Castravet on her IG stories.

“Want to know how many of my friends wished me well for surgery? Two. Eric and Julia. She also pointed out that they were the only ones to congratulate her on her charity for domestic violence victims. Want to know how many people used me to get a larger following? Profiting? Likes? Fight against my ex for their personal agenda throwing my name in? A LOT.”

According to Cinemablend, it was revealed that Eric had made a deal to fund Larissa’s plastic surgery procedures.

Fans have been sharing their reactions to her news and surgery all over social media. One writes, “God, she’s scary looking now. Imagine going in and asking a plastic surgeon for Michael Jacksons’ last nose” Another adds, “What a joke break up back together how could anyone take their relationship seriously.” Others are convinced their relationship is for the cameras. They wrote, “That’s because she wants more surgery and he pays for it.”

When asked why she kept on getting surgery, Larissa said she was thankful to have money and an available doctor to fix what she didn’t like.