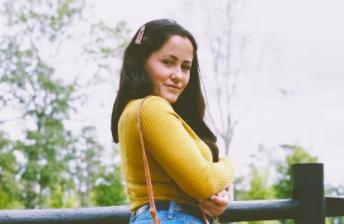 Does Teen Mom 2‘s Jenelle Evans have custody of her son Jace again? She’s been sharing her latest updates throughout all of her social media channels since Saturday, January 16.

Who has custody of Jenelle’s son?

It seems Teen Mom 2 star has been owning up to her past mistakes in her most recent Instagram Stories. She referenced Teen Mom 2 now being on Netflix and told her followers, “That was the old me. That was the young me, the stupid me, the me that took risks.”

According to US Magazine, Jenelle has finally regained custody of her oldest son, Jace. Jenelle’s mother Barbara Evans has had custody of Jace for most of his life. This has been quite a while as Jace is now 11 years old.

Jenelle continued on sharing that Jace lives with her full-time now. She said, “My kids are happy, they’re healthy. That’s all that f—king matters. But I totally get it, I would hate me too if I was watching me. But if you catch up with me now, I’m doing a lot better, you guys. Peace, love, happiness, b**ches.”

It seems Teen Mom 2 making its debut on Netflix last month has reignited a new wave of hate for Jenelle on her social media pages. She has even had to ask her followers not to come spread hate on her page.

Barbara and Jenelle are making up

The transfer of Jace’s custody is one of the positive outcomes that have emerged from the Teen Mom 2 star working on her relationship with her mother, Barbara. Barbara has always been there for her daughter’s children as she has battled drug addictions and hopping in and out of jail.

Their relationship has been less than perfect, but it seems things are warming up. Jenelle even posted pictures on her Instagram of the family at Christmas. Barbara celebrated the holiday with her daughter and Jace, 11, along with Jenelle’s husband, David Eason, and their daughter Ensley, 3. David’s daughter from a previous relationship, Maryssa, 13, and Jenelle’s son Kaiser, 6, from her relationship with Nathan Griffith, were also able to join for Christmas.

The year 2019 was a crazy one of ups and downs for the couple. In April 2019, it came out that David shot and killed their family dog, Nugget, for biting Ensley in the face. This led to the pair temporarily losing custody of their children in May 2019. Jenelle regained custody a few months later in October, but this scandal led to her getting fired from Teen Mom 2.

Jenelle and David got back together in March 2020, briefly split in June 2020, but seem to be back together again. And with custody of her son back it seems the family has a bright future ahead.

What do you think of reformed Teen Mom 2 star getting her son back home? Let us know what you think in the comments below. Be sure to watch new episodes of Teen Mom 2 on MTV Tuesdays at 8 PM E.T.