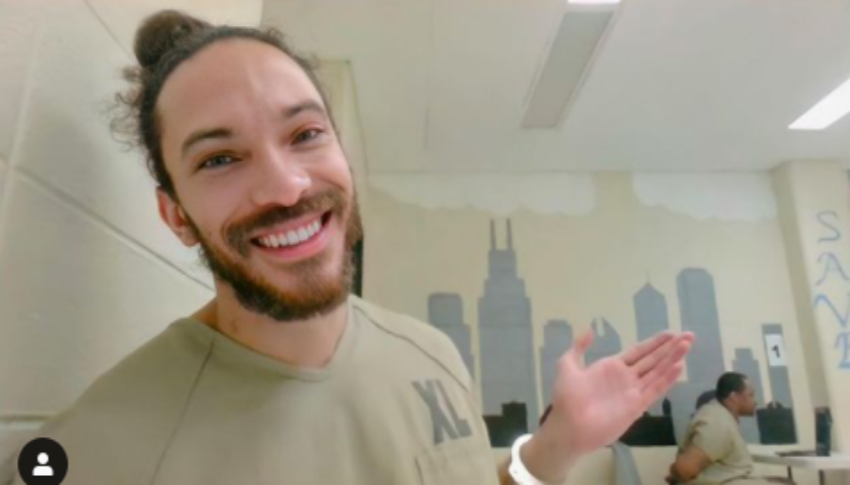 Love After Lockup fan favorite Dylan Smith is back in Jail, and doesn’t seem too sad about it. In fact, the WEtv celeb reports that he’s quite comfortable where he is, telling his fiance, Marissa Marie that it has a ‘view like at home.’

Dylan Smith is Back in Jail… Again

When last we saw Dylan Smith on WEtv, this Love After Lockup celeb was doing well. He had left his toxic relationship with his former girlfriend, Heather, and has since moved on to what fans felt was a much better match for him. He had taken on some modeling work and was also holding down a regular job at a renewable energy company that he quite enjoyed.

Unfortunately, numerous sources now confirm that the reality personality is back behind bars – and likely won’t be getting out any time soon. So, what happened? According to Starcasm, Smith was arrested after a search was done of his living space that turned up several firearms and various types of drugs including but not limited to, Adderall, Ritalin, heroin, crack, and what officers later identified as Xanax.

As a repeat offender, Dylan’s charges are a bit more serious this time. His pending charges include, ‘Armed Habitual Criminal’ and multiple counts of drug possession. For those of you not down with charge lingo – the ‘AHC’ charge basically means that a convicted felon was caught with firearms on their person.

It is one of the highest-ranking felonies, ranking as an X felony. It classes just below first-degree murder and can be punishable by 6-30 years behind bars. That length of time will be determined by the judge over his case, and how they take the felony into account. Many who are charged with AHC are caught committing a violent crime with a firearm. In Dylan’s case – being as it was just in his possession, that might play in his favor. Either way, he hasn’t done himself any favors.

Fans of the show have been a little antsy, eager for an update on Dylan. While several news sources reported on Dylan’s relapse into criminal behavior, not much information was in circulation. Then, on Saturday, Dylan Smith’s fiance, Marissa Marie, posted a photo to her Instagram account. It appears to be a snapshot of the pair having a facetime conversation. Smith, clearly in a correctional facility, is sitting in front of a wall mural that features the New York Skyline.

In the caption of the post, Marissa writes, ‘He said “Risky, do you know why i chose this spot? Because now i have a view like at home in the background” ‘

The now locked-up celeb wore his long locks up in a neat bun and smiled brightly at the camera, appearing to be in good spirits.

Oddly enough, despite the former WEtv star’s illegal activity, fans were full of positivity in Marissa’s comments, telling him to ‘hang in there’ and ‘hold it down.’ 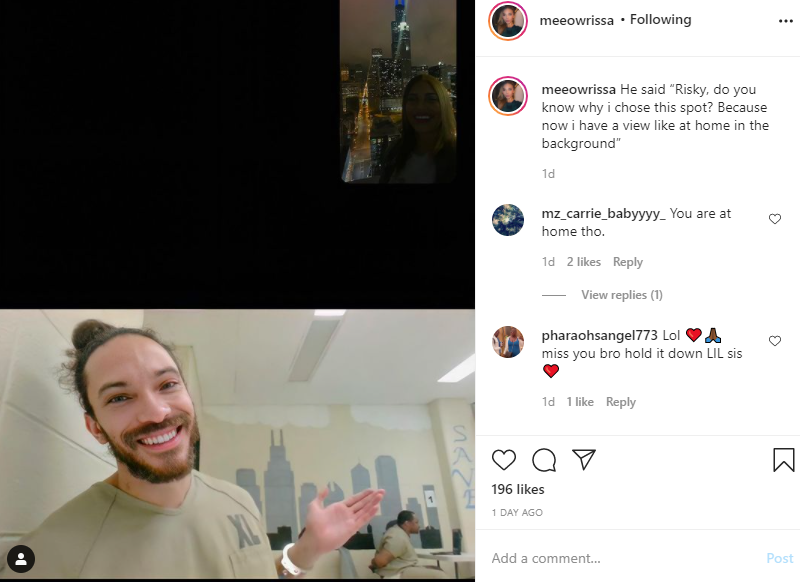 What’s Coming Down the Line for Dylan

As we reported earlier, Smith is facing the consequences of an AHC charge, which could potentially put him away for 6-30 years. Dylan’s bond is currently $50,000. Complications with parole and timing have reportedly forced Dylan to wait to spring himself.  According to Marissa, once the parole issues are cleared, they can bond him out in 3 months.

His fiance Marissa went on camera recently with an online talk show, ‘Sharrell’s World, to give an update on Dylan. Marissa assured fans that Smith really is a good person – who made some bad choices. The host and his partner describe him as ‘good people’ who would give you the shirt off his back. The host says that she has spoken with Smith several times during his stint on the WEtv show. She says that she believes that he really did want to succeed this time.

Unfortunately, that success appeared to have been.