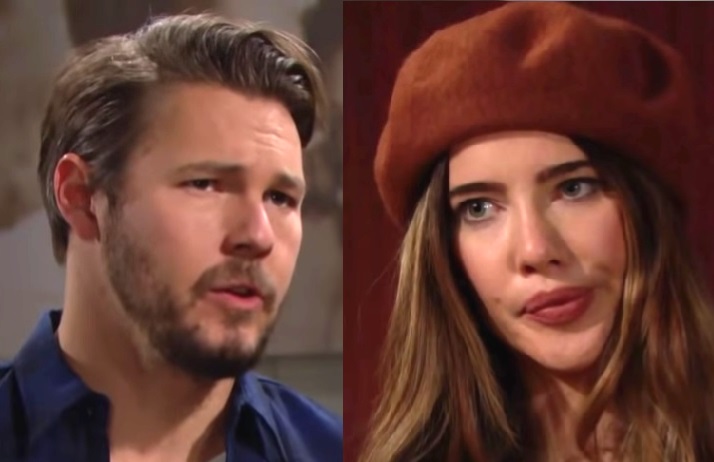 Bold and the Beautiful spoilers put Steffy and Liam coming to the realization that their one night together now works at pulling them apart. Steffy Forrester (Jacqueline MacInnes Wood) and Liam Spencer (Scott Clifton) couldn’t imagine that the dust would settle the way it did when they agreed to reveal their secret.

The showdown that played out on Bold and the Beautiful last week between Steffy Forrester and Hope Logan (Annika Noelle) is a scene Steffy can’t shake off. Hope accused her of knowing through gut instinct who fathered her baby. So, Hope wants to know what that instinct tells her stepsister. 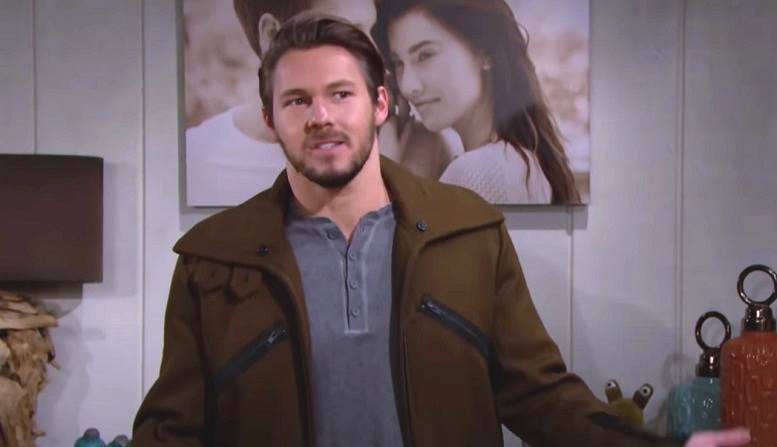 The reaction from Steffy seemed to point to the answer not being the one she hopes for. So while Hope’s question haunts the mother-to-be this week, Steffy starts to realize what their night together really cost them.

Bold and the Beautiful spoilers suggest a separation between Liam and Steffy plays havoc in the coming weeks.

It looks like Steffy runs out of people to confide in as the week rolls on. News travels fast in the world of Bold and the Beautiful. So as other family members become enlightened on Steffy’s pregnancy, she may find herself very much alone. 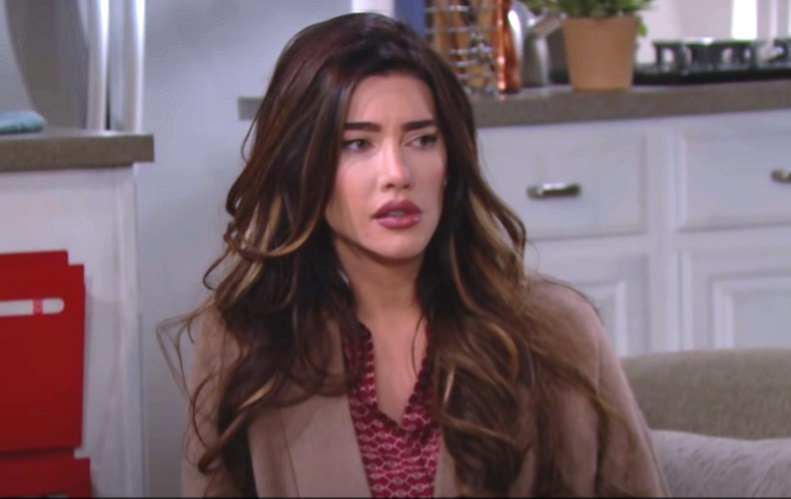 For now, B&B‘s good doctor sticks by Steffy’s side. But there’s no telling what Finn (Tanner Novlan) will do if that paternity test indicates the dad as Liam Spencer.

Finn already gave Liam a clear picture of what his life will look like last week on B&B if Finn ends up as the father. But he failed to mention what takes place if he’s not. Other than spending time with his daughter, it sounds like visits with Steffy will be off-limits for Liam.

Their “huge mistake,” as Liam dubs their one night together, pulls Liam and Steffy apart. Neither of the two can afford any suspicion from Finn or Hope so Bold and the Beautiful spoilers suggest the separation begins. In the coming weeks, Steffy and Liam start to understand what this means for them.

Bold and the Beautiful – Watchful Eyes

Bold and the Beautiful painted Steffy and Liam as soul mates through the years. Steffy can always open up to Liam, and the same goes for him. But this week these two find a barrier between them of watchful eyes.

Liam can’t make things worse for himself with Hope, according to Bold and the Beautiful spoilers. So staying away from Steffy right now is important for any possibility of mending his relationship with Hope.

The same goes for the future of Steffy and Finn. She has to appear fine with keeping Liam at arm’s length to convince Finn she’s over her waffling ex. But what Liam and Steffy had together before the night they strayed was a close friendship. It seems their one night of lust ended that if they want to go on with their partners in the future.

As the next few weeks of Bold and the Beautiful roll around Steffy feels alone with her thoughts, only being able to tell Finn part of what she’s dealing with. So both Steffy and Liam experience this loneliness in the aftermath of their mistake.