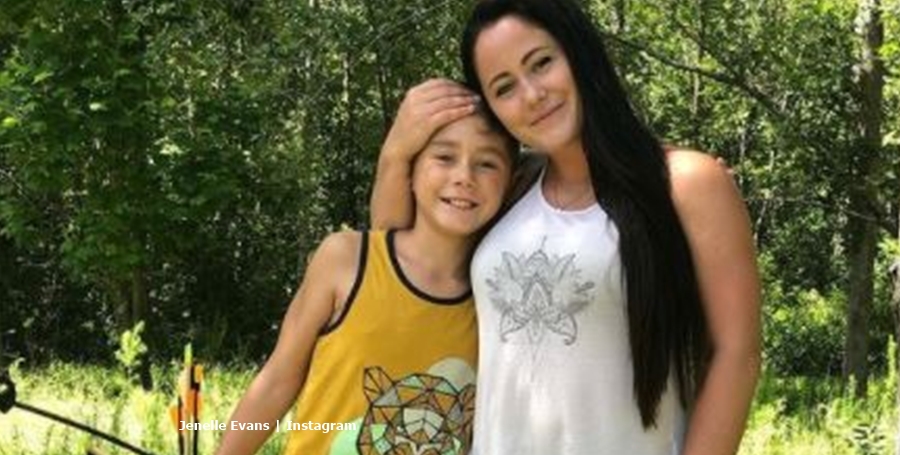 Barbs and Jenelle Evans just clashed again after she claimed she got custody of Jace back. Now, Barbs claimed that Jenelle didn’t get custody of Jace at all. And, she had some words with the Teen Mom alum. Nevertheless, two days later, the TikTok video of Janelle claiming she has custody remains up.

Barbs speaks out about Jenelle claiming custody of Jace

The last that fans heard, Jenelle still got along famously with her mom. Recall, in the past, she had some major problems with David Eason. And as MTV fans know, for years, Barbs and Jenelle clashed a lot. But, back at Easter last year, Jenelle revealed that these days they all get along much better. And in fact, for much of the quarantine, they all lived on The Land together. They looked like one big happy family. Then, at Christmas time, Jenelle asked for prayers for Barbs when her brother passed away.

So, all seemed well. But, then, Jenelle blew it on TikTok. The news came via Yahoo who reported that this weekend, she posted a video where she told everyone that Jace now lives with her permanently. Talking about how she’s a good person since her big bad old days on MTV, she claimed that she “grew.”

In the video, she said that she made mistakes “ten years ago,” so people should stop trolling on her.  Next, she added, “I have custody of Jace. He lives with me now full time.” Her mom, Barbs was quick to correct her fans on the truth of that.

Jenelle admits to Barbs she “Misspoke’

Speaking with TMZ after Jenelle’s video about Jace, she told them that Jenelle definitely never regained custody of Jace. And in fact, Barbs still retains “full custody” of the Teen Mom alum’s first child. Admittedly, Jace spends some time with David and Jenelle on The Land, but by no means is he living with her full time. In her conversation with the outlet, Barbs clarified that Jace goes “back and forth between her house and Jenelle’s due to the pandemic.”

So, he might spend three or four days there. Part of the reason means Jace gets some variety in his life. The outlet noted that he might go over there and “do his homework.” But after that, he returns to Barbs’ place. Barbs called up Jenelle after she heard about the video and said that Jenelle admitted she “misspoke.” She also admitted that her mom still holds full custody over Jace.

The video by Jenelle came on Saturday, January 16. Despite Barbs apparently talking to her, at 5.30 AM (CST) on January 18, the Tik Tok video remains up. And, it looks like she made no retraction about the claim that Jace lives with her full time these days. That might make her mom Barbs angry all over again. Ironically, it came on a video where Jenelle claimed that she’d changed for the better.

Likewise, Jenelle did promise a “story time” about Jace and having custody in the comments of her TikTok video.

So, who do you think is lying in this situation? Share your thoughts with us in the comments down below.