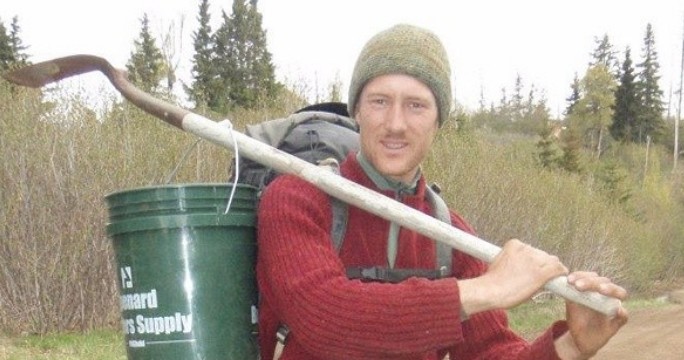 Alaska: The Last Frontier follows the lives of the Kilcher family. Over 80 years ago, Yule and Ruth Kilcher fled Switzerland in an attempt to live a better life. After four generations, the Kilcher family is still going strong living off the 640-acre homestead. With no running water, the Kilcher’s must hunt, garden, and cleverly recycle to survive the harsh Alaskan wilderness. The Kilcher’s must not only survive the elements, but also each other. They must avoid conflict between the old and young generations in order to work together as a family and survive Alaska: The Last Frontier.

Eivin Kilcher is the son of Otto Kilcher. Living with his wife Eve, Eivin has his own approach to surviving the elements. He lives a half-mile away from Otto in a cabin he continues to build on. Like his cousin Atz Lee, Eivin chooses to spend most of his time hunting rather than farming. Though this strategy does not come without risks. Without a large kill, such as a moose or bear, Eivin and his wife will have a difficult time surviving the 8-month long winter. Luckily, Eivin has continued to grow his farm as he himself has grown. He has begun to put more importance on farming while still living the hunter lifestyle.

Episode 10 of Season 10 of Alaska: The Last Frontier aired on January 17. The episode entitled Homestead Heartache left many fans crying at the news of Eivin’s horse dying. After the episode aired, Eivin went to Instagram to say goodbye to his friend.

“Saying good bye to my horse ment letting go of a part of my youth. So many fond memories and adventures. Coming to age with a horse was one of the best parts of life on the homestead. I didn’t spend as much time with him as I once did. Life gets more complicated as I have grown. Filled with new adventures that make new fond memories. What a wild ride! I will always love that horse.”

The heartfelt message was attached to a photograph of Eivin with his horse. 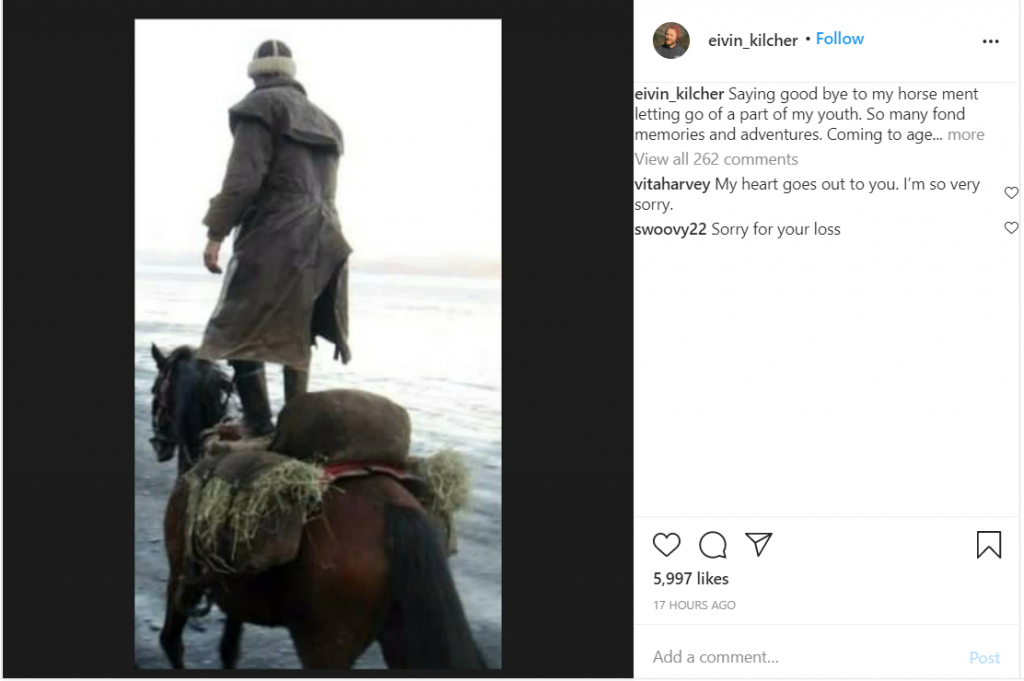 What To Expect On Alaska: The Last Frontier

The Kilcher family has sure endured many struggles in the 10 seasons of Alaska: The Last Frontier. The next episode, titled Breaking Point, will show the Kilcher’s rushing to prepare for the upcoming winter months. We will also see Eve deal with the struggles of parenting during the pandemic. Though life may be hard for the Kilcher family right now, things are not always bad. Atz Kilcher expressed his optimism to fans on Twitter.

Can’t wait for you all to see the new cabin more! Building a new homestead has been great for my mental health and my family has been staying there quite a bit during this pandemic and I look forward to what this summer will bring. Garden and sauna are first on the list 😤🦾

This has certainly been an exciting and heartbreaking season of Alaska: The Last Frontier. But if we know anything about the Kilcher family, they always come through it together.

Be sure to check back with TV Shows Ace for more news and updates.

Blake Moynes Jokes About Possible Third ‘Bachelorette’ Appearance
Audrey Roloff Reveals Why She Kept Her Pregnancy A Secret
‘DWTS’ Pro Gleb Savchenko Has Some Exciting News — What Is It?
Stream This: Lucy Lawless Back For ‘My Life Is Murder’ On Acorn TV, Preview
Michelle Young’s ‘Bachelorette’ Cast Revealed!