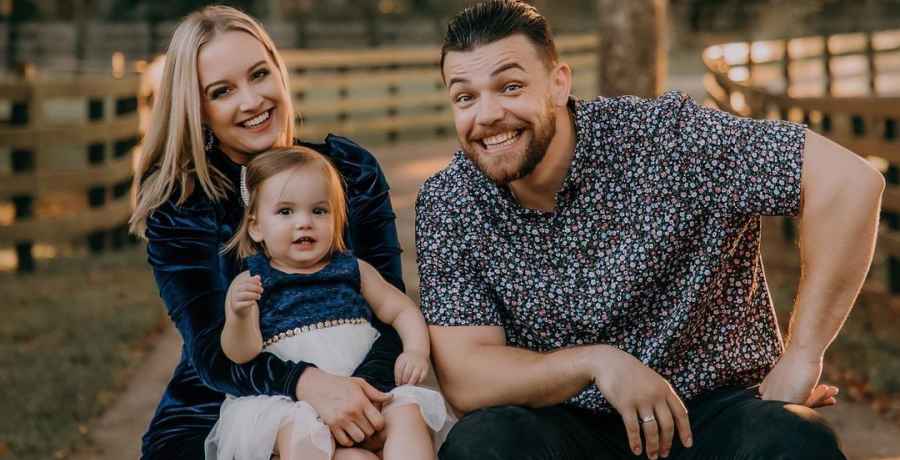 Like many 90 Day Fiance stars, Elizabeth Castravet launched an OnlyFans account at a monthly fee of $20.99. Also like other TLC reality stars, some of her revealing images were leaked on Reddit within the first month.  Some fans appreciated the images, while others didn’t, but one image really stood out. This was a shocking image of Elizabeth, with what looks like a tampon string hanging between her legs.

Ironically, during the 90 Day Fiance: Happily Ever After? Tell-All, Elizabeth and Andrei spoke out against OnlyFans. They particularly insulted their co-star Larissa Lima for launching a raunchy account. Elizabeth, 29, dubbed Larissa a “stripper” for her revealing images. Many fans were upset about the conservative couple’s behavior and called them out on social media.

However, the backlash continued when the Florida beauty opened her own OnlyFans account. Despite this, her loyal fans signed up for her OnlyFans and Libby seems to be making a few dollars for her efforts.

Elizabeth received far more negative comments after a fan allegedly leaked some of her OnlyFans images on Reddit. One particular image went viral for a very specific reason – the tampon string.

Once the image of Elizabeth, allegedly with a tampon string between her legs, went viral, she received many negative comments. Many, understandably, called the OnlyFans photo “gross.” Now she has found out about the controversy, the 90 Day Fiance star has spoken out in her defense.

Castravet recently held an impromptu Q&A session on Instagram. Naturally, as the tampon image had done the viral rounds, many fans asked her about this. At first, she said she was only going to talk about this one time, saying it was fake.

Then Libby then cleverly did a little promotion for her OnlyFans account. She told fans, “You can swipe-up here, subscribe to my OnlyFans, and see the original photo I posted if you don’t believe me.” Watch the clip, which was uploaded by @90daythemelanatedway below.

90 Day Fiance fans don’t believe her and many still think she’s lying. They commented things like, “Truth, I saw it right after it was first posted. She’s lying!” Referring to her previous words about OnlyFans, one fan said, “She’s so fake and a hypocrite.”

As noted by Screen Rant, others accused her of “shameless clickbait” for promoting her OnlyFans account. As fans know, Larissa Lima is earning around 40K per month through her OnlyFans account. One fan wrote, “Ohhh it was planned so she could swing more people to subscribe.” However, it is much more likely to be some photoshop expert, having fun at Elizabeth’s expense!

Keep up the latest couples on Season 8 of 90 Day Fiance on TLC, Sundays at 8 pm ET.

Wait, What? Does Isabel Roloff Plan To Raise Her Baby In A Van?
Lauren Burnham Battling Intense Breast Issue While Caring For Twins
Javi Marroquin Calls Cops On Lauren Comeau For Abuse, Guess Who Has His Back On This?
Ben & Jessa Seewald Reveal Baby’s Name, But What Does It Mean?
Danielle Busby Cranks Up The Heat, Flashes Hint Of Cleavage: See Photo