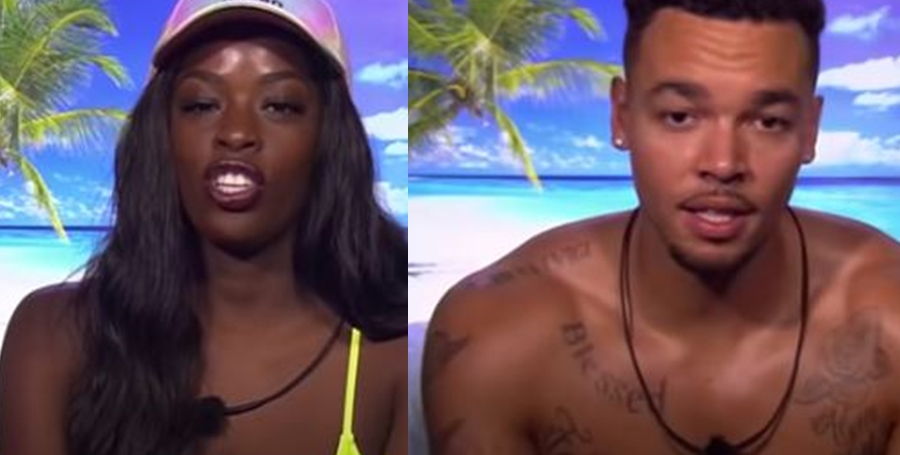 Love Island Season 2 featured Justine and Caleb who became fan-favorites. Fans thought they were made for each other. But then, some doubts started emerging. After all, they both stopped posting photos of each other on social media. But some hope still remained. Unfortunately, on January 16, Justine confirmed they split. No doubt a lot of fans feel sadness about the news.

Love Island concerns about Justine and Caleb during split rumors

We reported that when the couple stopped sharing photos of each other, some people felt a grim feeling of foreboding. But other people thought perhaps their distance and the coronavirus kept them apart. So they might not have any photos to post of each other. Optimistic people felt that as they still liked each other’s posts, they remained in love.

Additionally, they commented on each other’s posts as well. So, Love Island fans could assume fairly safely that they never split. And, in a way, it seemed that Justine and Caleb set long-distance relationship goals. However, it all came to an end. And judging by the tone of her Instagram post, it sounds like much more than just a lover’s tiff. Another person from the show who also split commented on it on Twitter.

Cely Vazquez and Johnny Middlebrooks from the same season of the show also split. Screenrant reminds readers that fans heard that they broke up in the New Year. It all sounded and amicable until Cely started deleting every single photo of Johnny from her Instagram. Well, apart from a few from the show itself. So, if anyone knows how Justine feels, Cely does. Her comment on Twitter about the split said, “We all know Justine is going to thrive at the end of the day.”

Next, the Love Island star praised Justine, saying she always called her “an angel walking this earth.” So, she believes that God looks after Justine’s “best interest.” Finally, she wrote,  “I just can’t wait to see the big things my BFF is about to do …that’s where I find peace in this.” It certainly looks like Justine has someone with a big shoulder to cry on. Justine might appreciate that as she talked about “heartbreak.”

We all know Justine is going to thrive at the end of the day🤍 I’ve said it once & I’ll say it again, she is an angel walking this earth. God has her best interest at heart & I just can’t wait to see the big things my BFF is about to do 🤍🤍 that’s where I find peace in this.

In her post about the split, Justine said that it feels a bit strange sharing such intimate details of her life. But she knows that fans need to know the situation. Then, she told people that she and Caleb split. And, she asked for “time” as she works her way through the “heartbreak.” The Love Island star thanked fans for all their loving support. Plus she hopes that love and support keep on coming in as she and Caleb move on in life as “individuals. ”

Nobody commented on the news about the split as Justine turned off the comments. But probably, when she feels ready to talk again, her many fans give her all the help she needs after the split.